Flint 13s shock dropped on Nike SNKRS today. Really the drop was kind of a disaster because it only went live on Nike desktop and not on SNKRS itself. But earlier in the day, I started hearing about a possible shock drop. This is a breakdown of what goes on the day, before and after a SNKRS shock drop. Typical Shock Drop Timeline11:30 AM: chatter begins about a possible SNKRS shock drop12:00 PM: People try to quietly confirm with other reputable sources in other groups, or within the sneaker industry. 1:00 PM: Drop is confirmed, but not that well known yet. Some start taking bids. More on this below. 3:00 PM: More groups start announcing shock drop to their members. If a big group like AMNotify says it, it’ll eventually leak to all other groups. AMNotify is Wuhan in this case. 5:00 PM: People start getting comfortable tweeting about it6:00 PM: Some start predicting either no shock drop, or a different shoe will drop7:00 PM: You hear 4 different possible drop times: 8:30PM, 8:45PM, 8:50PM, or 9:00PM. 8:30 PM: Bigger link accounts may start to glom on and tweeting out their affiliate links8:50 PM: Shock Drop8:53 PM: Bid taking commences for everyone who hit8:55 PM: People want credit for calling it. 8:59 PM: Nike live chat wait is 45mins long because everyone is trying to upgrade to 2-day shipping. 9:00 PM: Price drops on the apps drops by $20-30 to $275. Some consider cancelling their orders if it drops too much. 11:00 PM: Price recovers and goes back up to $320 or Bids Before The Shock DropSome resellers will gamble and start taking bids when they first hear about a possible shock drop, before there’s any widespread confirmation of one. Especially if they hear about it before other groups are talking about it. Then on the shock drop, they’ll just go for those sizes. In this StockX Sales History Chart for Flint 13, you’ll see 5 sales within 8 minutes between 12:44pm to 12:52pm:This is most likely when word started spreading about the Flint 13 shock drop. As of Sunday night, as I write this, the average price of those sizes is $315usd. So by selling at $350 earlier in the day, they made a $35 premium on what they would have if they took a bid after the shock really I don’t recommend anyone do this. Especially if you don’t know what you’re doing. This is a seasoned professional lane only. It’s especially hard to do because you have to hit that size on the drop and have in hand within a few days. Some who live relatively close to Nike’s Memphis warehouse routinely do this. But this is even harder to pull off with COVID-19 delaying shipments across the board. You also have to have a high Goat score, or a StockX account in good standing where it’s easy to cancel. Timing wise you have to have a lot of things go right. Stay in your own lane.

DEBUTING IN LOS ANGELESIntroducing SNKRS Stash, a new way to unlock access to exclusive product releases on your phone by discovering Stash Spots hidden throughout your city. The first Stash Spots drop somewhere in Los Angeles today at 12pm PT. Check the SNKRS feed. Currently iOS only, Android coming to the latest version of the SNKRS the SNKRS feed at 12pm PT to find the Stash Spot nearest best results, have your wi-fi are sold on a first come, first served basis. Inventory is not sure your payment and shipping info is current within SNKRS. Once you’ve purchased your pair in the app at a Stash Spot, they’ll be shipped to aware of your surroundings. Avoid using your app while walking or driving to a Stash Spot.

What is a SNKRS shock drop?

Shock Drops are the simplest: They alert users to immediate drops at local boutiques via push notifications, where they purchase the shoe from a storefront. A step-by-step guide users are prompted with after finding the SNKRS Stash feature in the app. All those features are tucked away within the app, almost hidden.

How do you get shock drops in SNKRS?

Typical Shock Drop Timeline 12:00 PM: People try to quietly confirm with other reputable sources in other groups, or within the sneaker industry. 1:00 PM: Drop is confirmed, but not that well known yet. Some start taking bids. More on this below.May 17, 2020

What time are shock drops?

We use drawings through the SNKRS App and website to give you a chance to reserve some of our most in-demand, limited-edition shoes. … When a drawing goes live, @nikestore will tweet a link to the shoes on Nike SNKRS. The SNKRS App will also send a mobile notification to Members who opted to be notified. 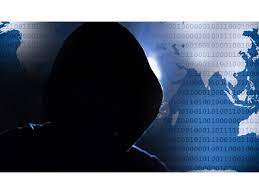