Farming
So now, many of you will ask, what is proxy farm, and maybe why at “vs champions” i spoke in general and not only how they will interact with you in proxy farm style? Well for second question this is cause you will not able to proxy 100% of game, or you can, but in some situation really is bad, for example, you are level 1, enemy jg is exactly when you want to farm, top laner too, quess what will happen?
So now, maybe many of you want to know, what is “proxy farm” or “proxy singed”, well, for it i will quote someone who explained it very well cause i have not enough comunicative skills to do it.
Quoted:
Proxy Singed is a strategy designed to take advantage of Singed strengths and confuse the enemy team.
The strategy is usually executed as following:
Singed runs teleport / ghost summoner spells for better escape and ability to come back quickly after dying
Singed usually starts flask / ward / pots (ward in enemy jungle to teleport after first death)
Singed will be farming between enemy turrets from level 1, clearing the minion waves with his poison while avoiding most of melee minion damage
Singed will not care about dying, and will only focus on farming minion waves
The key benefits of the strategy are these:
By farming enemy minion waves between turrets, the enemy top laner must either tank Singed minions, or let them reach his turret. This will usually make last hitting harder for the enemy laner, denying some gold
If the enemy top laner tries to chase Singed, he will lose minions, and let them get an easy tower
After each death, killing Singed will reward less and less gold, whereas Singed will still be denying farm through his proxy farming
The enemy team will usually send their jungler and / or mid laner help to handle Singed and kill him, meaning Singed team is given free map control, allowing for easy objectives (mid / bot turrets, drake,… )
This strategy is best run with Singed, because he has great escape capabilities with his ult, poison, and ghost. He can farm minion waves easily with his poison while avoiding most of minion damage. Even if Singed dies a lot, he should still get more than decent farms (he can even go farm top and mid lanes inside enemy base after level 6) and be efficient for end game teamfights.
The biggest disadvantage of this strategy is that Proxy Singed requires a team knowing how to take advantage of the map pressure created by Singed. If your teammates don’t get objectives while Singed is being chased, the strategy is a lot less efficient.
There is no real hard counter to the strategy, as the enemy team cannot leave Singed farming freely inside their base, but chasing him will leave objectives open. The best ways to handle a proxy farming Singed are:
Have a good wave clearing top champion (riven, chogath, zac, zed, ). Go proxy farming once you’re able to, this will negate the pressure created by singed.
Ward your top jungle properly and keep it warded. Punish Singed as soon as he tries to enter your jungle.
Use snowbally champions that will have a higher impact on teamfights than Singed coming to end game
Invest in mejai or sword of the occult, get free stacks on Singed if he continues his proxy farming
Note that the latest patch have made the proxy farming less efficient, by reducing the death strike penalty on kills, making killing Singed more rewarding in such cases.
since that post was in 2013, when singed’s passive maked him really tanky, but all informations is still viable.
In the start of game you will have the most dangerous mission ever. A man single in jungle, search on the unseen to discover the wildness… in the start of game you must go unseen by enemy, in their jungle, to see if enemy jungle start here or not, ward a bush from his buff to see when he come, if he start on the opposite part of man, you are free to clean 2 waves, and why not, steal his buff, if you know to steal a buff at level 1 without smite. So after 2 waves, enemy jg must be in zone of you, now you have 3 choices:
1. suicide in turret
2. go in a safe location and recall
3. wait next wave and if enemy jg come to you be ready to go again at choice 1.
Anyway i am very lazy, so i will link here some videos from my senpai to exmplain he to you all you need to know about proxy singed
Also a lil tip maybe everyone know, you can know when enemy minions are based on position of your minions, looking at your minions on minimap can help you to know exactly where enemy minions are to not go to early to proxy or to late, i think, maybe look ridiculous to go proxy under enemy turret and all minions be alerdy in middle of top lane.

Should you proxy on Singed?

Proxy Singed is best suited for players who already know how to play the champion and what he can do. … If you have noticed, whenever there is proxy Singed in the game, it usually takes two or more people to stop him.Aug 26, 2021

What is proxy on Singed?

Proxy Singed is a strategy designed to take advantage of Singed strengths and confuse the enemy team. … The enemy team will usually send their jungler and / or mid laner help to handle Singed and kill him, meaning Singed team is given free map control, allowing for easy objectives (mid / bot turrets, drake, …)Aug 27, 2017

Can you get banned for proxy Singed?

If you want to try something extremely unorthodox like proxy Singed, warn your team about it. Otherwise, don’t worry. No you can’t be banned because you’re bad. And that’s a relief, you’ll often play against people much stronger or much weaker than you, and you will get destroyed, or will destroy them. 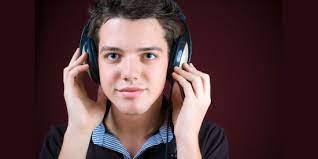