Buying from a Scalper? Five Do’s and Don’ts – Ticket Economist

Who likes ticket scalpers? Pose that question to a room full of average Joe’s and the showing of hands will be few. Call them mean, sharks, cheaters, or the lowest of the low, the reality is, they have little issue with their reputation. And name calling will not get you the tickets they have for the event you want to see. The fact is, most scalpers are very shrewd business people with excellent negotiating skills. Like a stock broker they buy low and sell high. So here is a quick list of five do’s and don’ts when seeking to buy tickets from a street scalper (in places where such activity is legal, of course! ).
Do’s-
1. Do have a seat map for the event you want to attend and know what general area’s you want to sit. If you appear unsure or don’t know what you want, they may walk off.
2. Do approach them with confidence, in a friendly manner, and ask what kind of tickets they have and at what price. I usually say, “hi, what do you have? ”
3. If they do not have the tickets you want OR you don’t feel comfortable buying from the person, say “no thanks” and walk away promptly
4. Only deal with scalpers who are in public, open area’s. Police often herd scalpers around events for various reasons, but it is highly unusual for a buyer to get in trouble for buying a scalped ticket. Be discreet, but do business where it is safe.
5. Let scalpers help you. Often times, they will not have what you want, but one of their buddies will. They usually are very well connected.
Don’ts-
1. Don’t pick an argument. No matter how rude a scalper is to you, always be kind to them. They may come off rude, but that is part of their selling tactic. Ignore it.
2. Don’t buy internet tickets unless you know what you are doing. Always inspect the tickets carefully, front and back. If anything looks odd, just say thanks and walk away.
3. Don’t be hasty to buy the first thing you see unless the price is right. Tickets are usually plentiful for even the most sought after events. Start looking no more than 30 minutes before and buy when you are ready.
4. Don’t keep a big wad of cash in one pocket. I usually keep $100 in one pocket and $100 in another pocket as back up. This is also a negotiating tactic for you, “hey, I only have $100, lets make a deal. ”
5. Don’t work alone. Always buy in groups of two or more. One person negotiates and the other should stand back and observe. The reality is, buying from a scalper can include an element of risk, depending on the event location and amount of police presence.
Finally, in many cities, legit ticket resellers have store fronts close to the venue. They are always a worth a visit before you turn to a scalper as they often have deals on last minute tickets. The rule with them is never take the price they first offer unless it is within $10-15 of face value. If it is more, being willing to walk away never hurt anyone and usually net’s a price cut.
Other suggestions welcome, of course.

Buying Tickets From Scalpers After The Game Starts – From …

Image Credit: MrTinDC – Flickr (CC BY-ND 2. 0)
For whatever reason, sports fans see ticket scalpers as mystifying people. How do they get tickets? Do they sell tickets for a living? How do I know if the tickets they sell me are real? These are questions we hear all of the time. And for those that cannot afford tickets on websites like StubHub or maybe don’t even know how to use them, ticket scalpers are their only hope.
There are a few events each year in every city where the asking prices are just astronomical. Paul Mccartney concert tickets, the Super Bowl, the NBA All-Star Game, Major League Baseball’s Opening Day, you name it. On average, if you purchase your tickets more than a month in advance, you’re going to pay 30% more than if you waited until the day of the event. Purchasing your tickets ahead of time is essential if you’re making travel arrangements so some people don’t have the luxury of waiting until the day of the event. However, if you’re a resident of that city and your pockets aren’t steep enough for tickets at face value, you may want to wait until after the event starts to approach a ticket scalper.
As a sports fan, I don’t like the notion of even missing the national anthem before the game. However, I have two close friends that were able to attend two different Super Bowls by waiting until the end of the 1st quarter to purchase their tickets from scalpers on the street. How much did they pay? Roughly $100-$150 per ticket. Not bad considering face value for Super Bowl tickets on the upper level will easily run you $2K. No one ever knows exactly what a ticket scalper paid for a ticket but we do know that no scalper wants to be left with unsold inventory. Hence, scalpers are pretty quick to unload their tickets after an event has already began.
How do you know if there will even be scalpers outside of the venue?
What is the outlook like on the ticket search engines and secondary websites (Stubhub, Ticket Monster, Ace Ticket)? If you see a lot of tickets available online, a lot of tickets will be available on the street.
What is the size of the city the event is being held in? There are more ticket scalpers in New York City than there are in Nashville, TN. More ticket scalpers = more tickets available.
How important is the game? You will see less ticket scalpers outside of the Super Bowl then you will for a regular season NFL home game. The reason is, it will cost even the ticket scalper a significant sum of money to obtain these tickets in the first place. Don’t forget, ticket scalpers on the street are blue collar workers. Ticket companies like Ticket Monster are white collar entities.
There is, of course, the alternative to finding tickets at below face value after a game has begun – not finding any tickets at all. This happened to me during the 2010 NL Wildcard Round in my hometown. That night marked the first night in 15 years that the Cincinnati Reds had hosted a home playoff game when they hosted the Philadelphia Phillies. There were a few ticket scalpers on the street but they all vanished about 30 minutes before first pitch. This applies to number 3 above; the significance of the game. I was pretty down about my unsuccessful attempt but it taught me an important lesson. Tickets will always be available to you as long as you’re willing to shell out good money for them on websites like Stubhub. I was looking for a bargain that night and learned my lesson.
Related Articles
What to do When You’ve Purchased the Wrong Tickets or Chosen Bad Seats
Top Ten Best Ticket Companies and Brokers
When is the Best Time to Buy My Tickets?
How Do Ticket Brokers get the Best Seats?
The Primary Ticket Market vs. The Secondary Ticket Market. What’s the Difference?
How are Super Bowl Tickets Distributed?
What is a Personal Seat License (PSL) and Should I Purchase one?

Is Ticket Scalping Illegal? (with pictures) – My Law Questions

Scalpers are generally greedy.
In the US, ticket scalping is the practice of buying and reselling event tickets by private citizens, rather than by the sponsoring venue or organization, usually at a much higher price than their face value. Laws about ticket scalping vary by state, and there is no federal law that prohibits the practice. Approximately 16 of the 50 states have a law that makes scalping illegal. Seven states — Alabama, Georgia, Illinois, Massachusetts, New Jersey, New York and Pennsylvania — require a special license to resell tickets. Four states — North Dakota, South Dakota, Ohio and Virginia — leave the issue up to local municipalities.
Certain laws make ticket scalping illegal.
When ticket scalping laws are broken, consequences are often not enforced. As with crime in general, police officers handle the offense according to severity. Scalping is a nonviolent crime without a victim — in fact, it is a crime where both parties are agreeable to the transaction. Therefore, cops are often hesitant to get involved.
In addition to state laws, other laws make scalping illegal in raceways and the NFL. Those who can enforce the law at races or football games include box office personnel, supervisors, venue managers, ticket agents, security agents, event promoters and seat holders. At other events, reselling tickets is not illegal, but it’s not permitted on stadium grounds. This is why scalping often occurs in close proximity to events, such as concerts or baseball games, but not within the grounds or stadium.
Box office.
Laws became even more difficult to enforce when the practice became widespread online. Internet sites that resell tickets are regulated, tax-paying websites that capitalize on fans’ eagerness to buy tickets at any cost. If the official website for the event sells out, these sites promote themselves as a second chance. Efforts to make the practice illegal are overshadowed by such websites.
Tickets.
Those in favor of the legality of ticket scalping say that going through brokers creates a safe and reliable way to get tickets. They state that it creates a fair, open market that both parties are agreeable toward. Those who want to make the practice illegal argue that the system favors the wealthy and prompts scalpers to buy large quantities of tickets strictly for resale. If the reseller buys up the tickets, fans may not have the opportunity to purchase tickets at their original cost.
States set scalping laws, and some, such as Virginia, leave it up to municipalities.
Ticket scalpers are motivated by different factors, including greed, the desire to prey on fans’ emotions, and a love of capitalism. When scalpers buy large quantities of tickets, they take the risk of failing to resell all of them, losing money. People who attend concerts or sporting events are usually emotionally invested in that event, and resellers take advantage of those feelings. Others see themselves as businessmen. In an effort to compromise on ticket scalping laws, licenses or permits are often required, and the decision to make scalping illegal is made by individual states or municipalities.

Is it cheaper to buy tickets from scalpers?

They are always a worth a visit before you turn to a scalper as they often have deals on last minute tickets. The rule with them is never take the price they first offer unless it is within $10-15 of face value. If it is more, being willing to walk away never hurt anyone and usually net’s a price cut.May 30, 2009

How much do scalpers sell tickets for?

Is buying tickets from scalpers illegal?

In the US, ticket scalping is the practice of buying and reselling event tickets by private citizens, rather than by the sponsoring venue or organization, usually at a much higher price than their face value. Laws about ticket scalping vary by state, and there is no federal law that prohibits the practice. 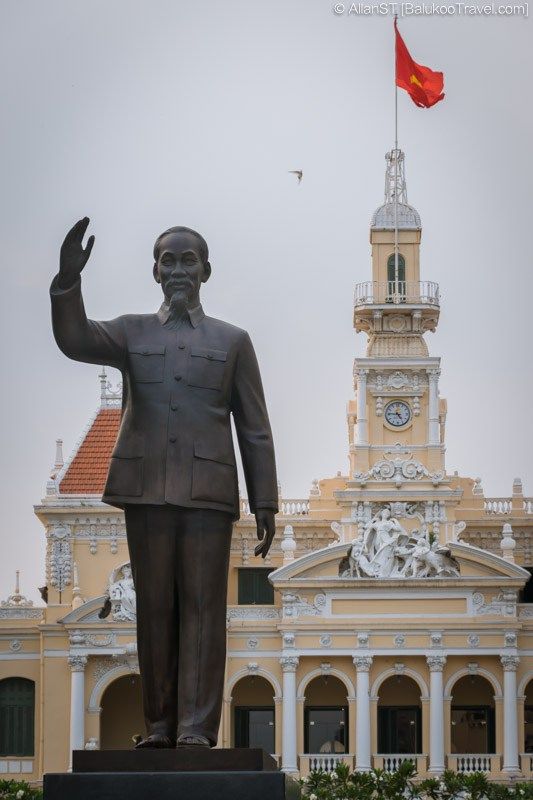