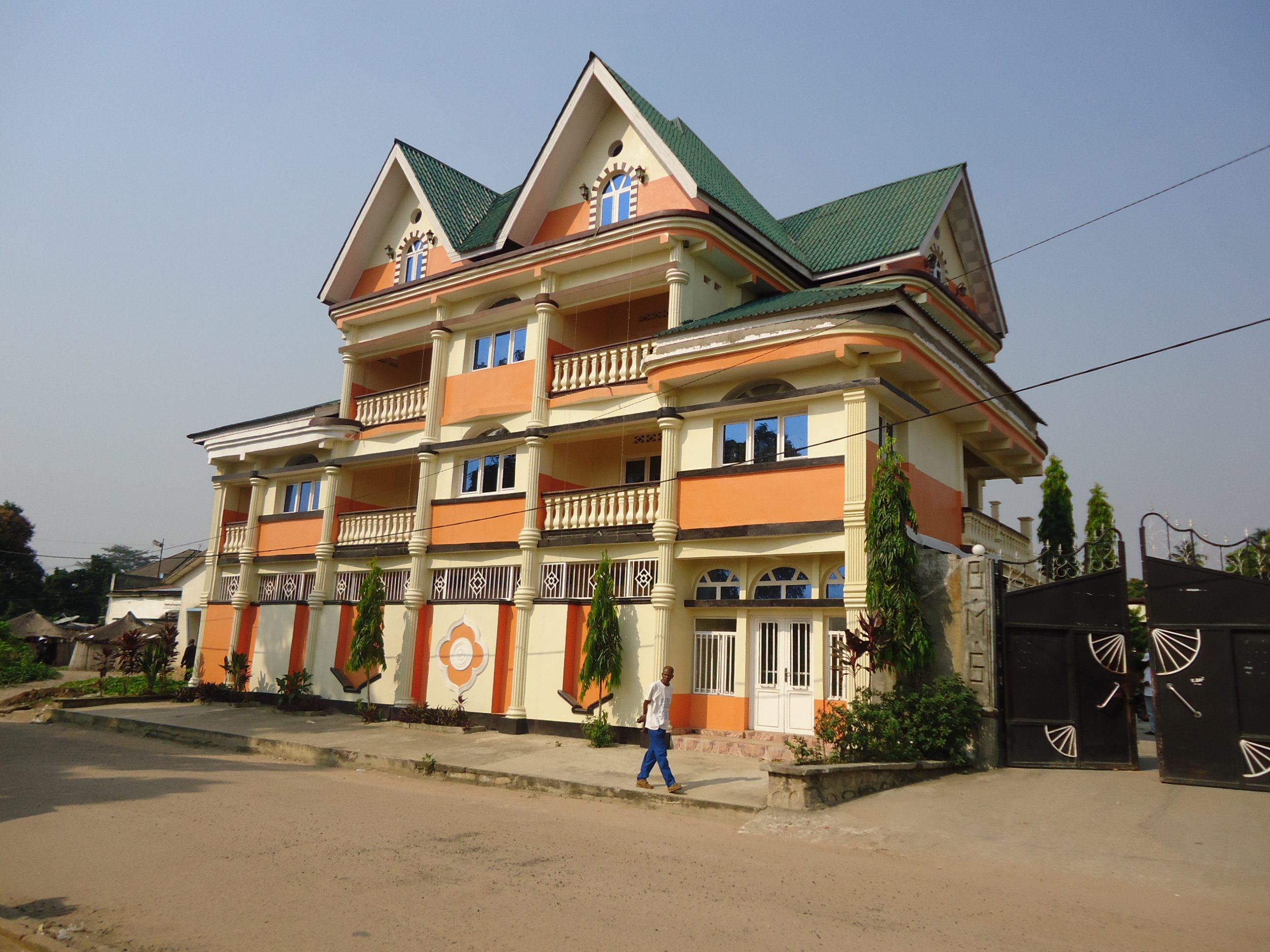 Cloudfitters | Residential ISP | Residential IP Hosting | Low latency servers
Dedicated Servers
Multi-processor, Multicore, Multithread for faster processing
Starter ISP Hosting package
We provide you with everything you need. Comfortably host up to 2024 IPs
Medium ISP Hosting package
Blazing fast network and server. Comfortably host up to 4096 IPs
Professional ISP Hosting package
Blazing fast network and server. Comfortably host up to 8096 IPs
Enterprise ISP Hosting Package
Blazing fast network and server. Comfortably host up to 12096 IPs
Use cases for Residential ISP hosting
Helping businesses surf the web with confidence
emerging Businesses
After multiple attempt to pass through legitimate traffic that kept getting blocked by sniffers, firewalls and security appliances, many young and smart entrepreneurs have now chosen to go with residential ISP hosting to avoid high failure rates at crawling and indexing the web.
Smart traffic
Traditionally, datacenter traffic gets bad reputation since it’s the easiest way to anonymously commit crimes on the internet. When using residential IPS or IP hosting, traffic is already presumed to be coming from a trusted source. As result, there’s a higher chance of getting to your…
Geolocation
In order to correctly target your audience. check success of your marketing campaigns, sometimes you may simply need to see real time data within a specific geography. By using a local residential ISP, you can leverage true end-user view, manipulate your content for better result.
Our residential ISP Partners
Sprint / T-Mobile
Sprint Corporation was an American telecommunications company. Before it merged with T-Mobile US on April 1, 2020, it was the fourth-largest mobile network operator in the United States, serving 54. 3 million customers as of June 30, 2019. The company also offered wireless voice, messaging, and broadband services through its various subsidiaries under the Boost Mobile and Open Mobile brands and wholesale access to its wireless networks to mobile virtual network operators.
LUMEN/ Centurylink/Level3
Lumen Technologies (formerly CenturyLink) is an American telecommunications company that offers communications, network services, security, cloud solutions, voice, and managed services. Its communications services include local and long-distance voice, broadband, Multi-Protocol Label Switching (MPLS), private line (including special access), Ethernet, hosting (including cloud hosting and managed hosting), data integration, video, network.
Comcast
Comcast is a telecommunications conglomerate headquartered in Philadelphia, Pennsylvania. It is the second-largest broadcasting and cable television company in the world by revenue (behind AT&T), the largest pay-TV company, the largest cable TV company and largest home Internet service provider in the United States, and the nation’s third-largest home telephone service provider.
Cox Communication
Cox Communications also known as Cox Cable and formerly Cox Broadcasting Corporation is an American company that provides digital cable television, telecommunications and Home Automation services in the United States. It is the third-largest cable television provider in the United States, serving approximately 6. 5 million customers, including 2. 9 million digital cable subscribers, 3. 5 million Internet subscribers.
Why residential ISP hosting?
Residential Traffic
Connect to the web with lesser hops and gain greater footprint with a trusted Internet Service Provider at a faster speed.
Network reliability
We provide our clients with 10 Gbps direct connection to the internet on a 100% Uptime guarantee dedicated servers within a controlled datacenter environment.
Trusted connectivity
Datacenter IPs have a higher chance of being flagged by default as potential high risk due to its long standing history. Use a legitimate & ethical infrastructure solution to get what you want on the web.
Web Business
Use the Worldwide Web to your Business advantage. Great fit for SEO Specialist, Market Research or Brand Protection. Scale your web Business.
Residential Web traffic Solution
Intellingent web traffic routing
Business geolocation Services
Low latency Network solutions
Where do we fit in?
What we do or don’t do
IP announcement with LOA
We do not get involved with sourcing IPs for anyone. We will gladly announce your IP space on our residential network
No code commitment
We do not write nor verify application codes. Please DO NOT get us involved with code-related issues.
We follow the rules
Please understand that Cloudfitters is not responsible for unlawful engagement and practices resulting from the use of our infrastructure.
Limited support
Our support team will always be available ready to assist with Server or Network related issues. Anything outside of that falls on you and your team. 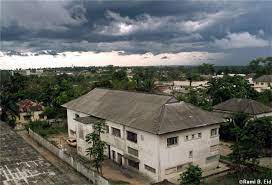 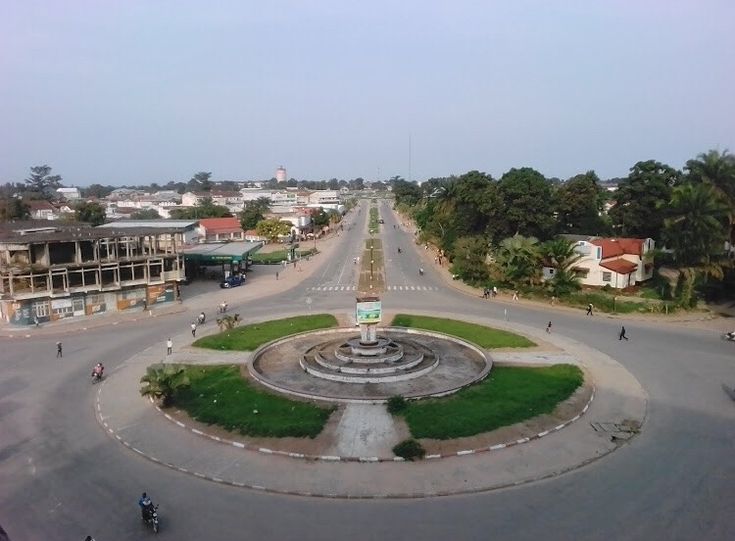 How to Find the Fastest ISP in Your Area – HowToGeek

If you’re one of the lucky ones, you have a choice of different Internet service providers in your area. Don’t just trust the advertised speeds — look at the data to find the fastest ISP near you.
The speeds ISPs quote are always “up to” a certain speed, so you can’t just choose based on the extremely optimistic speeds they advertise. Look at the results of actual, real-world speed tests for a more realistic picture.
Ookla Net Index
If you’ve ever wanted to test your Internet connection’s speed, you probably used Ookla’s popular Ookla’s Net Index takes all the data from and organizes it, making it easy to browse.
Click the “Go to my location” link and you’ll be taken to a page listing the ISPs that operate in your area. You can also just look up a specific city. The ISPs are ranked based on the recent download speed results of their subscribers, so you can see which ISPs are actually the fastest.
RELATED: Why You Probably Aren’t Getting the Internet Speeds You’re Paying For (and How to Tell)
This site also allows you to compare the difference in average Internet speeds between different countries, regions, and even cities. You can also view rankings based on upload speeds, connection quality, value for price, and how well real-world ISP speeds correspond to the speeds those ISPs promise in their advertisements. (Yes, you probably aren’t getting the Internet speeds you’re paying for. )
Netflix ISP Speed Index
Studies have found that Netflix often accounts for more than 30% of Internet download traffic in North America. Netflix is a big player in terms of Internet bandwidth, and they want connections to be as fast as possible so they can provide high-quality streaming video. That’s why Netflix publishes an ISP Speed Index site, where they rank Internet service providers based on their average Netflix streaming speed.
Netflix ranks providers by their speed, highlighting the fastest ISP — Google Fiber in the USA, unsurprisingly — and shaming the slowest provider. These rankings can help you get some idea of what ISP offers the fastest speeds — for watching Netflix, at least.
Take a big grain of salt with these results. They’re country-wide, so they won’t show smaller ISPs in your area that may be faster than the big national ones. They also only take Netflix results into account — the speeds shown here are slower than the speeds shown on because Netflix isn’t completely saturating each connection. This really only tells you how fast Netflix streams on these connections.
YouTube Video Quality Report
YouTube and Netflix combined often make up over 50% of peak Internet activity in North America, according to various studies. So it makes sense that Google publishes their own ISP report. Their reports don’t display a speed, but they do allow you to compare providers in your area and see what quality of YouTube streams their connections can handle.
As with the Netflix report card, this data is only about video streams from one specific site, so you should take it with a big grain of salt. But it does help you get an idea whether an ISP is on the slower side or the faster side. And, if you’re like most people, you probably watch YouTube — so wouldn’t you prefer a connection that can stream YouTube at higher quality? This site helps you ensure you choose a connection that’s fast enough to stream YouTube at a higher quality, not one that’s so slow you’ll only be able to stream low-quality videos.
Bear in mind that the speeds reported on these sites are averages of the speeds customers experience in the real world. An ISP that has many customers paying for the slowest possible connection may appear to have low speeds, but it may offer more expensive connections with faster speeds than the average shown above. When it comes to the average country-wide rankings shown on the Netflix ISP Speed Index, a big ISP that operates across the entire country may be faster or slower in your area. Still, imperfect data is better than no data at all.
READ NEXT
› How to Reset Microsoft OneDrive on Windows 10 to Fix Sync Problems
› How to Block Annoying iMessage Reactions on Android
› Ubuntu 21. 10 Arrives With a Customized GNOME 40 Desktop
› How to Use Board View in Microsoft Outlook Calendar
› How-To Geek’s Best Tech Gifts for Kids Aged 3-6 for Holiday 2021
The above article may contain affiliate links, which help support How-To Geek.
How-To Geek is where you turn when you want experts to explain technology. Since we launched in 2006, our articles have been read more than 1 billion times. Want to know more?

What is home ISP?

An ISP, or internet service provider, is a company that lets you access the internet from home, usually with a monthly subscription. Think of it like a cable company, but instead of connecting you with TV channels, an ISP connects you to the internet.Jul 8, 2021

Whats the difference between residential and ISP proxies?

Residential (Resi) proxies provide unlimited stable proxies which can be used on almost any site. However, resi proxies are slower than ISPs and ran on a data plan. ISP proxies provide faster speeds and more stability than Residential proxies.Jan 31, 2021

Which ISP is best in my area?

Ookla Net Index Click the “Go to my location” link and you’ll be taken to a page listing the ISPs that operate in your area. You can also just look up a specific city. The ISPs are ranked based on the recent Speedtest.net download speed results of their subscribers, so you can see which ISPs are actually the fastest.Jul 27, 2016