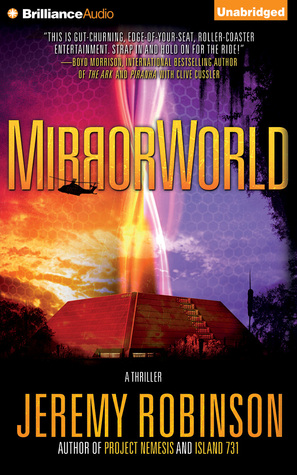 Many gamers are reporting an issue with World of Warcraft (WoW). What happens is that WoW lags so much that the game is almost unplayable. While this can be frustrating, don’t worry – it’s often not hard to fix…
5 Fixes for Wow Lagging
Check if your PC meets the minimum system requirements for World of WarcraftPower cycle your network devicesUpdate your device driversClose the bandwidth hogging apps and set WoW to high priorityReset the WoW user interface
Fix 1: Check if your PC meets the minimum system requirements for World of Warcraft
This World of Warcraft lagging problem may occur if your system is unable to handle the game. Here we list out the both the minimum requirements and the recommended specifications (if you’re looking for a smoother and more enjoyable gaming experience) specifications for WoW.
All the information below are gathered from the official website of
MINIMUM REQUIREMENTS
RECOMMENDED SPECIFICATIONS
OPERATING SYSTEM
Windows® 7 64-bit
Windows® 10 64-bit
PROCESSOR
Intel® Core™ i5-760or AMD FX™-8100or better
Intel® Core™ i7-4770 orAMD FX™-8310 or better
GRAPHICS CARD
NVIDIA® GeForce® GTX 560 2GB or AMD™ Radeon™ HD 7850 2GBor Intel® HD Graphics 530 (45W TDP)
NVIDIA® GeForce® GTX 960 4GBor AMD™ Radeon™ R9 280or better
MEMORY
4 GB RAM (8GB for Intel HD Graphics 530)
8 GB RAM
If you’re not sure whether your PC meets the system requirements for WoW or not, just follow the instructions below to check the basic specs of your PC:
On your keyboard, press the Windows logo key and R at the same time, then type dxdiag and press Enter.
Under the System tab and you can check the Operating System and Memory information on your PC.
Click the Display tab and you can check what graphics card your PC is using.
You’d probably have to upgrade your hardwares if any of the above-mentioned item fails to meet its minimum requirement.
Fix 2: Power cycle your network devices
Power cycling your network devices (a modem, a router, both, or a combo of both, which will be referred to as the modem router below) can reset and re-establish your Internet connection and hopefully solves the WoW lagging issue.
To do so:
Shut down all the devices connected to the modem down and unplug the modem and/or the the modem router to sit for 60 seconds in and turn on the modem and router, and allow them to completely boot up until the front panel connection lights on the modem show a steady the computer and allow it to completely boot up. Check if the WoW lagging problem has been worked out. If the problem still persists, you should try Fix 3, below.
Fix 3: Update your device drivers
This problem may occur if you are using the wrong or outdated device drivers. So you should update your the drivers to see if it fixes your problem.
If you don’t have the time, patience or skills to update the driver manually, you can do it automatically with Driver Easy.
Driver Easy will automatically recognize your system and find the correct drivers for it. You don’t need to know exactly what system your computer is running, you don’t need to be troubled by the wrong driver you would be downloading, and you don’t need to worry about making a mistake when installing. Driver Easy handles it all.
You can update your drivers automatically with either the FREE or the Pro version of Driver Easy. But with the Pro version it takes just 2 steps (and you get full support and a 30-day money back guarantee):
Download and install Driver Easy. Run Driver Easy and click the Scan Now button. Driver Easy will then scan your computer and detect any problem drivers. Click Update All to automatically download and install the correct version of all the drivers that are missing or out of date on your system (this requires the Pro version – you’ll be prompted to upgrade when you click Update All). Restart your computer and don’t forget to test if the WoW lagging issue has been resolved. If yes, then congrats! But if the problem still lingers on, move on to Fix 4, below.
Fix 4: Close the bandwidth hogging apps and set WoW to high priority
Apps such as Netflix, Twitch, Dropbox and YouTube are known bandwidth hungry programs that contribute to network lag issues on your PC. So you should close these apps and make sure you set WoW to high priority for it to run at a faster rate.
To close the bandwidth hogging apps:
On your keyboard, press the Ctrl, Shift and Esc keys at the same time to open Task Manager.
Right-click on a bandwidth hogging app and click End Task.
Repeat step 2) on every other bandwidth hogging programs.
To set WoW to high priority:
In Task Manager, click the Details tab. Then locate and double-click on Click Set priority > High.
Check to see if WoW lag issue has been mitigated.
Fix 5: Reset the WoW user interface
You can also try resetting the WoW user interface to resolve the WoW lag issue. Here’s how:
Completely exit World of Warcraft. Uninstall any addon managers and make sure no add-ons are Blizzard, click Options and select Show in Explorer.
Double-click on the World of Warcraft folder.
Double-click on the _retail_ folder.
Rename the Cache, Interface, and WTF folders to CacheOld, InterfaceOld, and WTFOld respectively.
Re-launch World of Warcraft and see if the lag issue has been fixed.
How have the methods above helped you with the troubleshooting? Do you have any ideas or tips to share with us? Drop a comment below and let us know your thoughts. 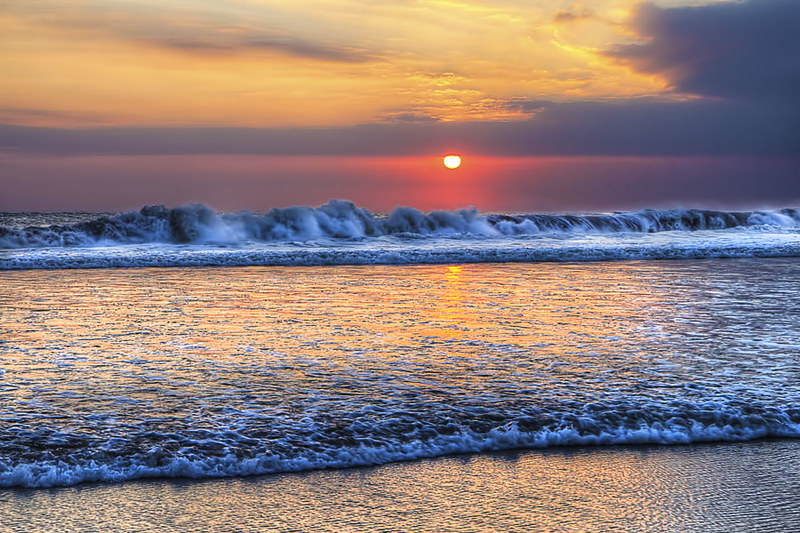 How To Deal With World of Warcraft Lag – Kill Ping

World of Warcraft even though with so many updates and changes has one thing the same; the unavoidable and infamous WoW is a term defined as a delay in communication between the client and the server. In terms of World of Warcraft, commonly called wow lag is the delay you experience when playing the Lag Higher world latencies result in a delay playing the game and this is more than just frustrating. It can be based on several things which include internet connectivity, ISP problems, server populations and data congestion. Wow lag is, therefore, one of the main reasons for team wipes in To WoW Lag FixTo overcome the problems of Wow Lag we have gathered up some guidelines that will assist in reducing your in-game lag problems to the metimes, having an old version of operating system often leads to jerks in the game since outdated OS supplements to connection problems and you face lag in World of Warcraft: milarly, updating hardware drivers is also a must for a stable network connection in WoW. So make sure that all the necessary hardware drivers are kept sure that you have a stable internet connection since World of Warcraft consumes a great deal of bandwidth when in instances and raids. Having a minimum of 4mb connection is a must if you don’t want any hassles while playing ckground applications/software leech on to your bandwidth as well as consume a lot of memory which eventually result in WoW server tomatic updates should also be disabled whenever you make up your mind to play lag free World of Warcraft router also creates problems of data traveling. Since it is being used 24/7, data flooding becomes an obvious result. Restarting your router every once a while is a fair practice to clear the World of Warcraft, a very helpful addon that has been released last year that assist in reducing lag is the AutoLag Tolerance. What this addon does is basically adjust the slider for Lag Tolerance in World of Warcraft in order to match your world Lag SpikesTo completely overcome lag spikes it is also important to make sure that your PC is up to the mark and is able to support the game. At least, the minimum requirements for the game along with a good RAM is a must if you do not wish to face lag pikes during the RequirementsOperating System: Windows 7 64-BitProcessor: Intel Core 2 DuoGraphics: NVIDIA GT 440RAM: 4GBHard Disk: 45GBInternet: 4MBResolution: 1024 x 768Kill Ping: Bye Bye WoW Server LagThe ultimate solution to your Wow Lag comes down to having the ultimate lag reducing app Kill Ping. Since WoW lag is dependent on several aspects and many of these aspects are solely related to network connectivity, an application that assists in these chores is a you are at a location that is far from WoW servers, high ping issues and lag problems occur at a high rate. This is because of the network route that data packets create between the client and the server. Having a lengthy route means a delay in response times and therefore WoW server lag is Ping through its properly placed servers makes sure that the route between your computer and the game servers stays the minimum. Having fewer hops means a reduction in response times and results in reduced ping and less lag. Furthermore, the usual route that game packets take is those through which all data traffic is being communicated. A route which has more traffic to transfer tends to create delays and hence WoW server lag becomes Ping in this regards provides a dedicated route for your game data to travel. This ensures that only you get the access to a VIP lane on the internet highway where there is nothing to stop servers placed specifically around the globe, Kill Ping makes sure that you get the least ping and lag. Having Kill Ping by your side grants a guaranteed 60% reduction in ping so next time you log in to you won’t even notice anything such as wow Kill Ping and say goodbye to WoW lag for good.

What can cause lag in WoW?

Higher world latencies result in a delay playing the game and this is more than just frustrating. It can be based on several things which include internet connectivity, ISP problems, server populations and data congestion. Wow lag is, therefore, one of the main reasons for team wipes in raids.Jun 7, 2018

Why is WoW latency so high?

Why is my WoW Classic lagging?

While WoW Classic is technically an old game, it has upgraded to match the latest system specs. You might be experiencing lag since your computer isn’t fit to run the game. Another possible reason for lag could be your add-ons eating up your computer’s resources. Games need much of your PC’s processing power and RAM.Aug 24, 2020 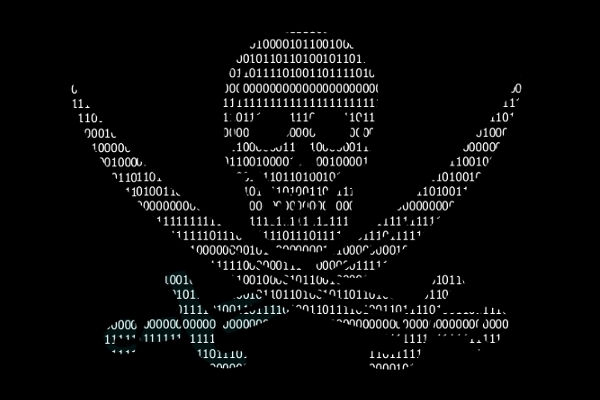 Is Getting Someone’S Ip Illegal