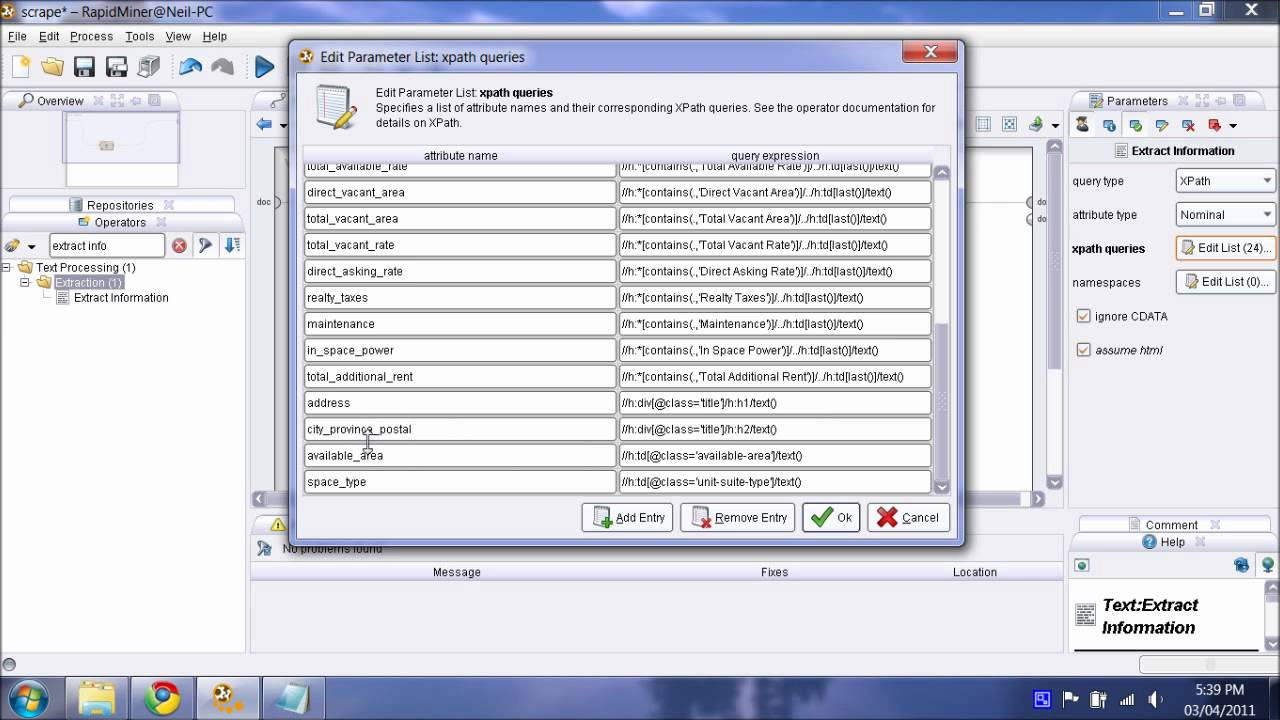 How To Screen Scrape With Python 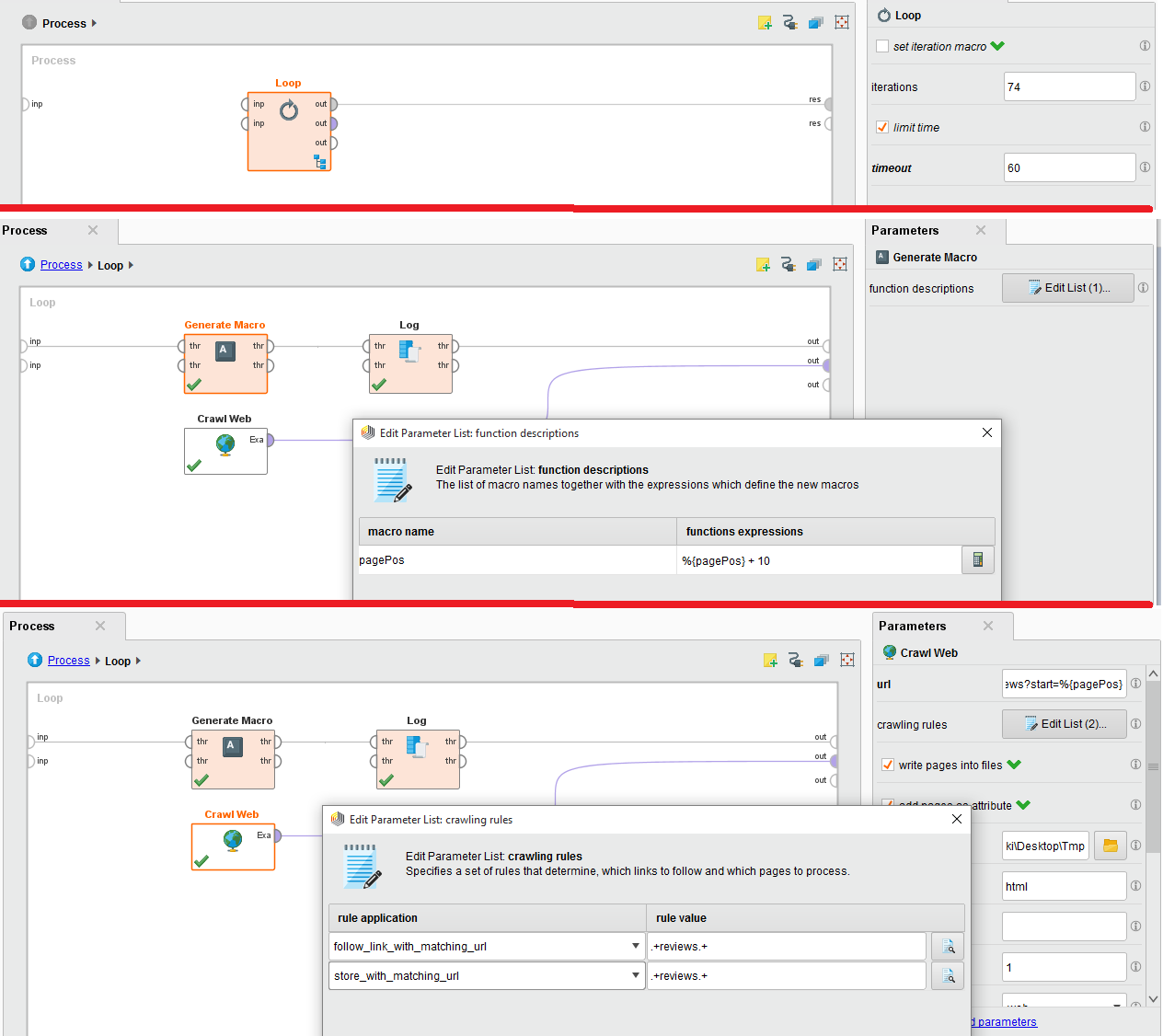 Web scraping is a term used to describe the use of a program or algorithm to extract and process large amounts of data from the web. Whether you are a data scientist, engineer, or anybody who analyzes large amounts of datasets, the ability to scrape data from the web is a useful skill to have. Let’s say you find data from the web, and there is no direct way to download it, web scraping using Python is a skill you can use to extract the data into a useful form that can be imported.
In this tutorial, you will learn about the following:
• Data extraction from the web using Python’s Beautiful Soup module
• Data manipulation and cleaning using Python’s Pandas library
• Data visualization using Python’s Matplotlib library
The dataset used in this tutorial was taken from a 10K race that took place in Hillsboro, OR on June 2017. Specifically, you will analyze the performance of the 10K runners and answer questions such as:
• What was the average finish time for the runners?
• Did the runners’ finish times follow a normal distribution?
• Were there any performance differences between males and females of various age groups?
Using Jupyter Notebook, you should start by importing the necessary modules (pandas, numpy,, seaborn). If you don’t have Jupyter Notebook installed, I recommend installing it using the Anaconda Python distribution which is available on the internet. To easily display the plots, make sure to include the line%matplotlib inline as shown below.
import pandas as pd
import numpy as np
import as plt
import seaborn as sns%matplotlib inline
To perform web scraping, you should also import the libraries shown below. The quest module is used to open URLs. The Beautiful Soup package is used to extract data from html files. The Beautiful Soup library’s name is bs4 which stands for Beautiful Soup, version 4.
from quest import urlopen
from bs4 import BeautifulSoup
After importing necessary modules, you should specify the URL containing the dataset and pass it to urlopen() to get the html of the page.
url = ”
html = urlopen(url)
Getting the html of the page is just the first step. Next step is to create a Beautiful Soup object from the html. This is done by passing the html to the BeautifulSoup() function. The Beautiful Soup package is used to parse the html, that is, take the raw html text and break it into Python objects. The second argument ‘lxml’ is the html parser whose details you do not need to worry about at this point.
soup = BeautifulSoup(html, ‘lxml’)
type(soup)
autifulSoup
The soup object allows you to extract interesting information about the website you’re scraping such as getting the title of the page as shown below.
# Get the title
title =
print(title)
 2017 Intel Great Place to Run 10K \ Urban Clash Games Race Results
You can also get the text of the webpage and quickly print it out to check if it is what you expect.
# Print out the text
text = t_text()
#print()
You can view the html of the webpage by right-clicking anywhere on the webpage and selecting “Inspect. ” This is what the result looks like.
You can use the find_all() method of soup to extract useful html tags within a webpage. Examples of useful tags include < a > for hyperlinks, < table > for tables, < tr > for table rows, < th > for table headers, and < td > for table cells. The code below shows how to extract all the hyperlinks within the webpage.
nd_all(‘a’)
[5K,
Individual Results,
Team Results,
[email protected],
Results,
,
,
Huber Timing,
]
As you can see from the output above, html tags sometimes come with attributes such as class, src, etc. These attributes provide additional information about html elements. You can use a for loop and the get(‘”href”) method to extract and print out only hyperlinks.
all_links = nd_all(“a”)
for link in all_links:
print((“href”))
/results/2017GPTR
#individual
#team
mailto:[email protected]
#tabs-1
None
To print out table rows only, pass the ‘tr’ argument in nd_all().
# Print the first 10 rows for sanity check
rows = nd_all(‘tr’)
print(rows[:10])
[

]
The goal of this tutorial is to take a table from a webpage and convert it into a dataframe for easier manipulation using Python. To get there, you should get all table rows in list form first and then convert that list into a dataframe. Below is a for loop that iterates through table rows and prints out the cells of the rows.
for row in rows:
row_td = nd_all(‘td’)
print(row_td)
type(row_td)
[

]
sultSet
The output above shows that each row is printed with html tags embedded in each row. This is not what you want. You can use remove the html tags using Beautiful Soup or regular expressions.
The easiest way to remove html tags is to use Beautiful Soup, and it takes just one line of code to do this. Pass the string of interest into BeautifulSoup() and use the get_text() method to extract the text without html tags.
str_cells = str(row_td)
cleantext = BeautifulSoup(str_cells, “lxml”). get_text()
print(cleantext)
[14TH, INTEL TEAM M, 04:43:23, 00:58:59 – DANIELLE CASILLAS, 01:02:06 – RAMYA MERUVA, 01:17:06 – PALLAVI J SHINDE, 01:25:11 – NALINI MURARI]
Using regular expressions is highly discouraged since it requires several lines of code and one can easily make mistakes. It requires importing the re (for regular expressions) module. The code below shows how to build a regular expression that finds all the characters inside the < td > html tags and replace them with an empty string for each table row.
First, you compile a regular expression by passing a string to match to mpile(). The dot, star, and question mark (. *? ) will match an opening angle bracket followed by anything and followed by a closing angle bracket. It matches text in a non-greedy fashion, that is, it matches the shortest possible string. If you omit the question mark, it will match all the text between the first opening angle bracket and the last closing angle bracket. After compiling a regular expression, you can use the () method to find all the substrings where the regular expression matches and replace them with an empty string. The full code below generates an empty list, extract text in between html tags for each row, and append it to the assigned list.
import re
list_rows = []
cells = nd_all(‘td’)
str_cells = str(cells)
clean = mpile(‘<. *? >‘)
clean2 = ((clean, ”, str_cells))
(clean2)
print(clean2)
type(clean2)
str
The next step is to convert the list into a dataframe and get a quick view of the first 10 rows using Pandas.
df = Frame(list_rows)
(10)
0
[Finishers:, 577]
1
[Male:, 414]
2
[Female:, 163]
3
[]
4
[1, 814, JARED WILSON, M, TIGARD, OR, 00:36:21…
5
[2, 573, NATHAN A SUSTERSIC, M, PORTLAND, OR,…
6
[3, 687, FRANCISCO MAYA, M, PORTLAND, OR, 00:3…
7
[4, 623, PAUL MORROW, M, BEAVERTON, OR, 00:38:…
8
[5, 569, DEREK G OSBORNE, M, HILLSBORO, OR, 00…
9
[6, 642, JONATHON TRAN, M, PORTLAND, OR, 00:39…
The dataframe is not in the format we want. To clean it up, you should split the “0” column into multiple columns at the comma position. This is accomplished by using the () method.
df1 = df[0](‘, ‘, expand=True)
This looks much better, but there is still work to do. The dataframe has unwanted square brackets surrounding each row. You can use the strip() method to remove the opening square bracket on column “0. ”
df1[0] = df1[0](‘[‘)
The table is missing table headers. You can use the find_all() method to get the table headers.
col_labels = nd_all(‘th’)
Similar to table rows, you can use Beautiful Soup to extract text in between html tags for table headers.
all_header = []
col_str = str(col_labels)
cleantext2 = BeautifulSoup(col_str, “lxml”). get_text()
(cleantext2)
print(all_header)
[‘[Place, Bib, Name, Gender, City, State, Chip Time, Chip Pace, Gender Place, Age Group, Age Group Place, Time to Start, Gun Time, Team]’]
You can then convert the list of headers into a pandas dataframe.
df2 = Frame(all_header)
()
[Place, Bib, Name, Gender, City, State, Chip T…
Similarly, you can split column “0” into multiple columns at the comma position for all rows.
df3 = df2[0](‘, ‘, expand=True)
The two dataframes can be concatenated into one using the concat() method as illustrated below.
frames = [df3, df1]
df4 = (frames)
Below shows how to assign the first row to be the table header.
df5 = ([0])
At this point, the table is almost properly formatted. For analysis, you can start by getting an overview of the data as shown below.

What is Screen Scraping and How Does it Work? – SearchDataCenter

Frequently Asked Questions about how to screen scrape with python

What is screen scraping in Python?

How do you screen scrape?

Screen scraping is the act of copying information that shows on a digital display so it can be used for another purpose. Visual data can be collected as raw text from on-screen elements such as a text or images that appear on the desktop, in an application or on a website.

How do I scrape data from a website using python windows? 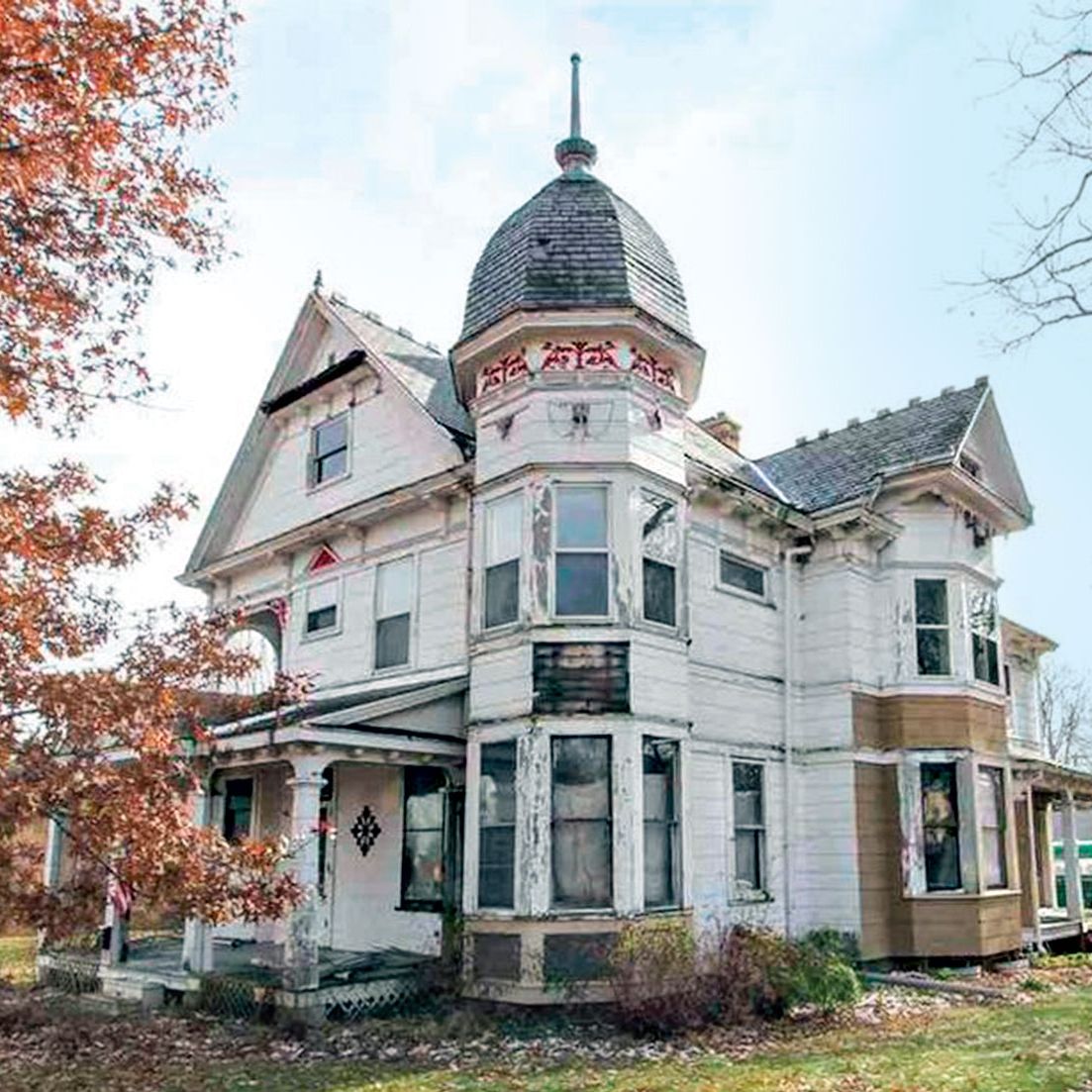 Why Does Craigslist Ask For Phone Verification 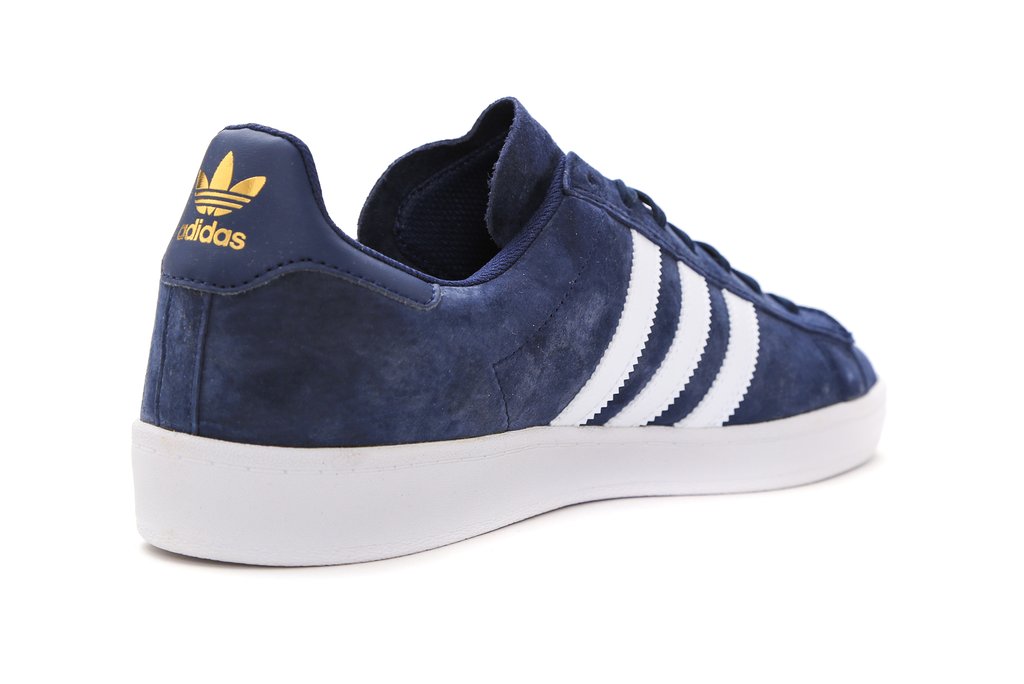