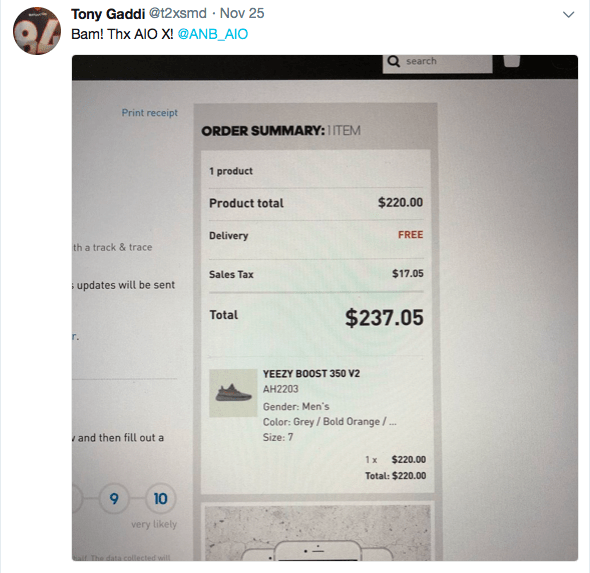 EVEAIO was created in 2017 and since then the team behind the bot has worked to make the bot consistent in its success as well as adapting to the site changes within all their supported sites. They consistently have a good amount of success on releases paired with a lot of configuration being made available to the users of EVEAIO. It is currently priced at $250 as a one time fee and then $35 a month thereafter.
EVEAIO is not readily available therefore, you need to purchase the bot through their restocks on their designated Twitter page (@EVEAIO). When they do restock they tend to restock quite fast with the demand of the bot. EVEAIO is considered to be an AIO and currently supports:
Supreme
Shopify
Footsites
Many Individual sites
EVEAIO has a ton of features within the bot that allow the users to fully configure the bot completely, giving a lot more control of the bot to the user. They have a tools page with a bunch of configuration available there, they also have a success page, dashboard page, notifications page, captcha page, proxies page, log page and a settings page. Given the amount of pages within the bot, a user of the bot can truly piece together their own setup within the bot which contributes to a lot of the userbase’s success.
EVEAIO Tools
On the tools page there is a bunch of features that the user can take advantage of such as manual cookie generation for the support sites within EVEAIO. With that there is also a remote task monitor to take advantage of and a knowledge base to help users. With the shopify manager you can add shipping rates to all supported sites and with the splash breaker you can create browser sessions on a URL you enter.
EVEAIO Success
On this page within EVEAIO you can see all the success you attain through successful checkouts in the bot. On the success list it is segregated into headers which are the product, the link used in the checkout, whether a login was used, whether carting was used, the checkout associated with it and any additional information with the checkout.
EVEAIO Captcha
On this page within EVEAIO you can view all the captcha solvers that you have created and with that you can activate it to use with your tasks. You can add a captcha solver by clicking the addition button next to the existing captcha solvers. On the right side of the page you can enter API keys for 2captcha and anticaptcha but also utilize imagetypers by typing in your login details. These services will be used to solve captchas that come through your tasks and finally you can utilize autosolve if you wish.
EVEAIO Dashboard
On the dashboard page you can view all your created tasks but also create tasks to use within the bot. Once the task has been created, it will be available to view and the details are separated into a few headers. It shows the status of the task, the task name, the url/keyword used on the task, the profile, the size, the proxy list and the actions associated with it. All tasks are under a site section and can be collapsed to make tasks viewing much easier. On the left side of the page there is a few buttons that collectively affect all your tasks such as starting all of them, stopping, mass editing and duplicating tasks. Finally, you have the monitor button to create monitoring tasks and utilize quick tasks.
Support
When it comes to support with EVEAIO they have a lot of articles hosted on their website that have dedicated sections to answer users’ questions regarding the bot. They also have a ticket creation system on their website if you have more of a unique issue that needs to be answered. In their discord, you can find some further support such as release guidance and general help.
Where does EVEAIO rank among other AIO bots?
EVEAIO is a solid AIO bot with a good amount of success on a consistent basis. With that being said there are a few other bots in the AIO bot market that are better however, they have a higher market value therefore it truly depends on your budget when it comes to purchasing a bot.
Supported sites: Supreme, Shopify, Footsites, Individual sites.
Platforms: Windows
Retail: $350 as a one time fee + $35 a month thereafter
Site: 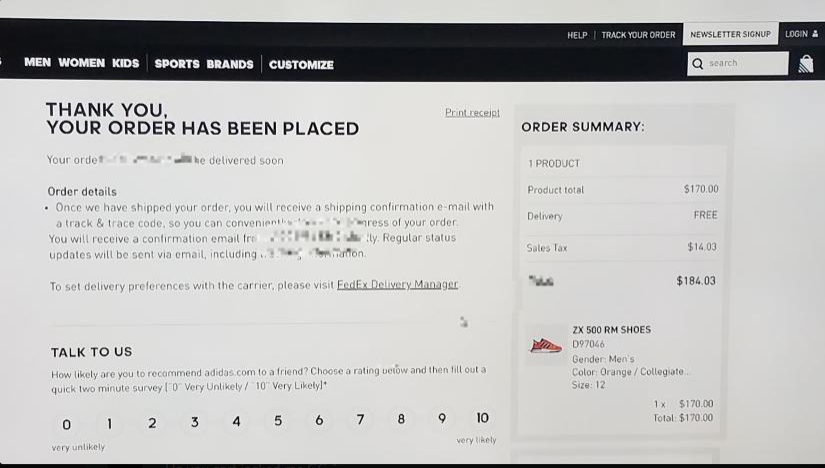 AIO Bot – All In One Sneaker Bot – Another Nike Bot

Check out our AIO Bot. Your higher chances to cop Yeezys are with us. Grab your copy while you can! We are working on adding more sites. Our customers are very happy with their bot.. Oh, And their Bot Supports the following Websites:Adidas USFootlockerFootactionEastBayChampSportsSneakersNStuffDSM USDSM UKDSM JapanJimmy JazzKicks USARuVillaCity GearConceptsPacsunFootlocker EU ( UK, DE, IT, FR …)SSenseMrPorterBarneysOffspringYeezyStoreOkiniKithRonnieFeigNiceKicksDeadStockPackerShoesBBBrandedSizeCoBodegaBapeUSTheClosetIncand more! Most supported websites ship to the US and other countries like AU, UK, CA, HK and cop Supreme Items? Then you need Supreme Bot! Features:Multithreaded100 accounts supportLink MonitorProduct SearchAuto credit card checkout (NOT using a browser) ( ALL Sites)Account Creator ( So you can create bulk accounts to increase your chances)Auto retry checkoutRetry on failureEmail/SMS notificationsFree updates for 6 monthsProxy SupportMulti-Captcha SolverExpress checkout (if you want to checkout on browser)Not a chrome extension, which means we have more control when the website crashLocked to 1 computerWorks on Mac ( under a virtual machine, tutorial provided) and Windows1000s of pairs of Yeezy Boost ( Grey, Black, Moonrocks 350s, Triple Black 750, Glow In The Dark 750, V2 350, Gum sole 750) and more limited releases added using our bot Proof? No programming knowledge is requiredAIO Bot in action:All of sneaker heads were trying to buy from Nike, but it has been a while since Nike has released anything on their online store. Standing in the lines in the crowd waiting to get a sneaker is hard. You have to wake up early link the morning and maybe camp overnight to get AIO bot allows you to forget all that, set it up for the online retailer you want to buy from, choose the sneaker you want to buy, and the bot will do everything for you. Yes, literally everything, it will add the shoe to cart, notifies you when added by SMS/Email then auto checks out for Bot Success:Our users has been able to get one of the most important releases which is the Yeezy Boost 350 ( grey, black and moonrock) and the Nike Shattered Backboards. You can always check Yeezy Success page for successful users or our new Website: AIO Bot bot does all things a human does in a faster, smarter and more efficient way. Success rate depends on many factors and there are other factors that can increase your chances in addition to the bot such as Proxies and REFUNDABLE DIGITAL PRODUCT. ALL SALES ARE FINAL. Disclaimer:Our product is a software that helps users to increase their chances of buying limited shoes from retailer sites. The purchase price of the software DOES NOT include the price of the shoes. Payment for shoes is SEPARATE. Buying and using the software DOES NOT guarantee you will get the shoes you want because of other factors, such as limited stock. The purpose of the software is to INCREASE YOUR CHANCES. With our software, you are MORE LIKELY to become one of our successful users. Check our YEEZY SUCCESS STORIES. 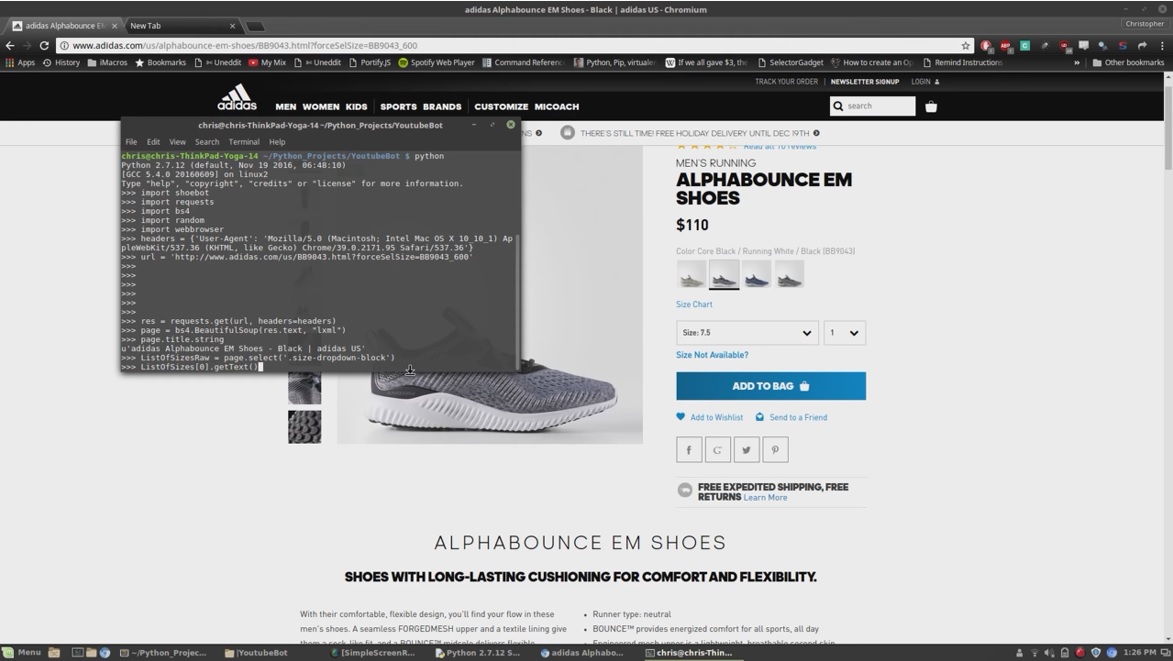 What websites does AIO Bot work on?

Does AIO Bot work on Shopify?

AIO bot is the OG All-In-One bot operating on Footsites, Demandware, Shopify, and other retail sites since 2014. Supported on both Windows and Mac, AIO Bot supports over 100 sites. NYC, Kith, Undefeated, Bape, Bodega, Concepts, Funkoshop, and DeadStock being some of the Shopify sites on our list.

How do you use Eve AIO Bot? 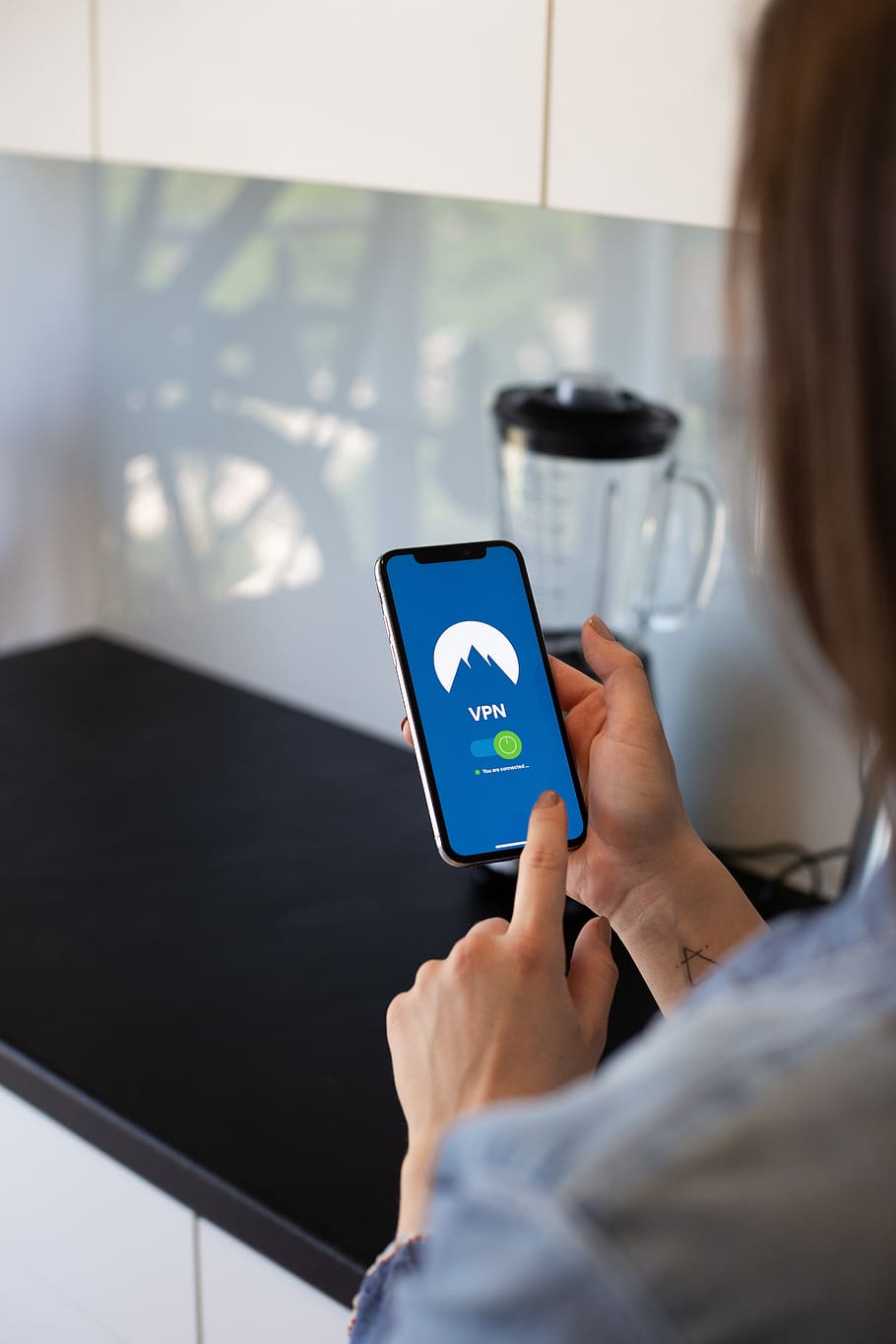 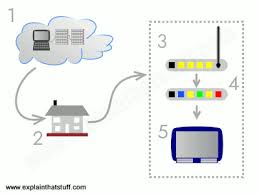 What Can An Ip Address Be Used For