Instant and risk-free transactions
Built Around Security
The safest way to buy and sell sneaker bots
Fresh license key
New Discord invite
Buyer & seller verification
Instant delivery
No middleman
No deactivation, no banned key. Simple and secure transactions.
The Largest Marketplace
Highest volume of bot transactions for years
Instant payout
No chargeback
Sell your key for the highest bid — or at any price you’re comfortable with. We’ll handle the rest.
How It Works
Buying & selling sneaker bots is simple, just as it should be.
Buying
Selling
1. Browse bots and listings
Browse hundreds of 100% safe & legit listings of the best bots, all available for instant download.
2. Purchase or place a Bid
Instantly purchase any listing – or bid at a price you’re comfortable with and let us connect you to a seller.
3. Download your new bot
No waiting for sellers, just download your bot as soon as you purchase and get ready to cop some sneakers!
1. List your key
Sell your key for the highest bid – or at any price you’re comfortable with. We’ll handle the rest.
2. Get connected
We’ll automatically match you with thousands of verified buyers, and will make sure your key is sold safely.
3. Get paid
No risky deals or annoying flakers. After your key is sold, your guaranteed payout will be automatically sent!
Top Selling Bots
CyberAIO
SHOPIFY
SUPREME
FOOTSITES
MESH
OFFWHITE
This powerful AIO bot has stood the test of time, and has helped many users bot their items on a multitude of sites. Constant updates with powerful features keeps Cyber AIO at the forefront.
Dashe
YEEZYSUPPLY
Dashe has proven itself as an effective Shopify bot. Users have used Dashe to check out millions of items from Shopify stores. With the recent addition of Supreme, this bot becomes even more useful.
Wrath
Launching in early 2018, Wrath has continually added more and more sites to its repertoire. Now supporting Shopify, Supreme, US & CA Footsites, YeezySupply, and Finishline, Wrath is constantly evolving.
Testimonials
I love how easy it was to buy a bot. I’ve been nervous buying off someone, but buying through BotBroker was a no-brainer.
@rohanlakha
It’s so hard finding a buyer sometimes, I’m ecstatic that BotBroker made it easy for me to connect to potential buyers.
@CallMePlays
BotBroker did all of the hard work for me, it’s so easy I want to sell all of my bots now.
@Tommyl351
The site is cool, and it worked great for selling my bot. Finally a marketplace I can trust.
@swiftcop
The website is so simple to use and I got my payout quickly and safely. What more could I ask for?
@bkantha1
I’ve been waiting for someone to make a bot marketplace, once I heard how BotBroker worked and how easy it was to buy or sell I knew it was a winner.
@theplugatc

These bots grab some of the limited stock of the PS5 and Xbox on eBay and Amazon and then resell them at huge markups, says PerimeterX.
Image: Sony
Scalper bots, or sneaker bots, have been chewing up supplies of the Sony PS5 and Xbox consoles amid a shortage of both units, leaving indvidual buyers in a lurch. In a report published Thursday, bot fighter PerimeterX described the damage that automated bots are causing to consumers and retailers alike. These programs have been dubbed sneaker bots because they typically scoop up pairs of hot, in-demand sneakers and then resell them at exorbitant Hiring Kit: Game Developer (TechRepublic Premium)
More for CXOs
Great Resignation hits IT departments and companies are switching strategies
15 highest-paying certifications for 2021
Behind the scenes: A day in the life of a CloudOps director
Business leaders as developer: The rise of no-code and low-code software (free PDF)
Since the 2020 holiday season, the bots have been pulling the same stunt with in-demand gaming consoles, specifically the new PS5 and Xbox Series X. As this specific tactic surfaced around Christmas, these programs earned the moniker Grinch transition from sneakers to consoles is a sign that the human scalpers behind these bots are looking for bigger bucks, PerimeterX said in its report. For instance, a PS5 had been selling on eBay, Amazon, and other major retail sites for between $400 and $500. Since then, prices for the PS5 have skyrocketed to as high as $1, 800, which means that scalpers who were able to snag dozens of them stand to make a healthy profit.
These bots work by continually scanning the websites of retailers so they can swoop in right at the beginning of a sale ahead of individual buyers. They then serve the scalper all the relevant information, including the retailer’s website, price, available stock and SKU number. If directed, the programs will automatically pick up the item and bypass the usual shopping cart flow by heading to the checkout page. A bot delivers an update on a live Xbox sale.
Image: PerimeterX
Using different tricks, the bots are able to fool retail sites into thinking that they’re legitimate customers. By obtaining a valid cookie, they scrape the website’s inventory to impersonate a human being. The bots are even loaded with CAPTCHA-solving solutions that solve these kinds of Turing tests, which are designed to block such automated cause of their skill and intelligence, some of the bots can cost as much as $700 per license, according to PerimeterX. Some of the bot tools available include Hawk AIO, Zephyr AIO, Snatch and Thunder Solts. And they’re still active, according to Yossi Barkshtein, threat intelligence researcher at PerimeterX. The scalpers behind them will periodically test their tactics in anticipation of new inventory becoming available, which occurs a few times per month with certain items. A lot of gamers in search of PS5 and Xbox Series X consoles were none too happy with the activities of these bots, according to PerimeterX. The anger is especially intense given that the human scalpers behind them get away without any punishment. The problem was brought to the attention of politicians in the U. K., who suggested prohibiting the resale of PS5 and Xbox. But for now, such bots are allowed to conduct their sneaky and profitable campaigns with little legal pushback. “While bot-based purchases for reselling may not be fair or ethical, it is legal with one exception, ” Barkshtein said. “The resale of tickets purchased using bot technology was made illegal in 2016. Similar bills continue to appear on the legislative docket as well, such as the Stop Grinch Bots Act in 2019. Though legislation can be effective in combating bots and protecting online inventory, most online retailers choose to rely on bot mitigation software that proactively monitors and blocks sophisticated bots. “With its anti-bot technology, PerimeterX said it has worked with retailers who have been targeted by these sneaker bot attacks, prompting the company to track the latest developments and try to block these malicious activities. But PerimeterX added that it expects to see bots targeting more and more items in the future.
Cybersecurity Insider Newsletter
Strengthen your organization’s IT security defenses by keeping abreast of the latest cybersecurity news, solutions, and best practices.
Delivered Tuesdays and Thursdays
Sign up today
Also seeGaming healthcare: Virtual reality gives surgeons life-like training (TechRepublic)Malicious attack now targeting video gamers and modders (TechRepublic)Raspberry Pi: A cheat sheet (TechRepublic)Gifts to buy the PS5 fan right now: Headsets, controllers, games and gadgets (TechRepublic)Xbox Series X restock: Where and how to buy the next-gen gaming system (TechRepublic)Raspberry Pi: A cheat sheet (TechRepublic)Technology in education: The latest products and trends (free PDF) (TechRepublic)How to securely erase hard drives (HDDs) and solid state drives (ZDNet)Raspberry Pi: More must-read coverage (TechRepublic on Flipboard)

How much are bots for reselling?

There is no law that forbids you from using an actual sneaker bot to buy sneakers or anything else. However, sneaker bots usually violate the store’s terms and conditions and whatnot. You see, some stores have a 1 pair per customer policy.Jul 1, 2021

What are buying bots?

An online shopping bot, also known as an “ecommerce bot” or “grinch bot”, is software that’s programmed to facilitate online purchases by performing automated tasks like checking for re-stocks and completing checkouts.Mar 18, 2021 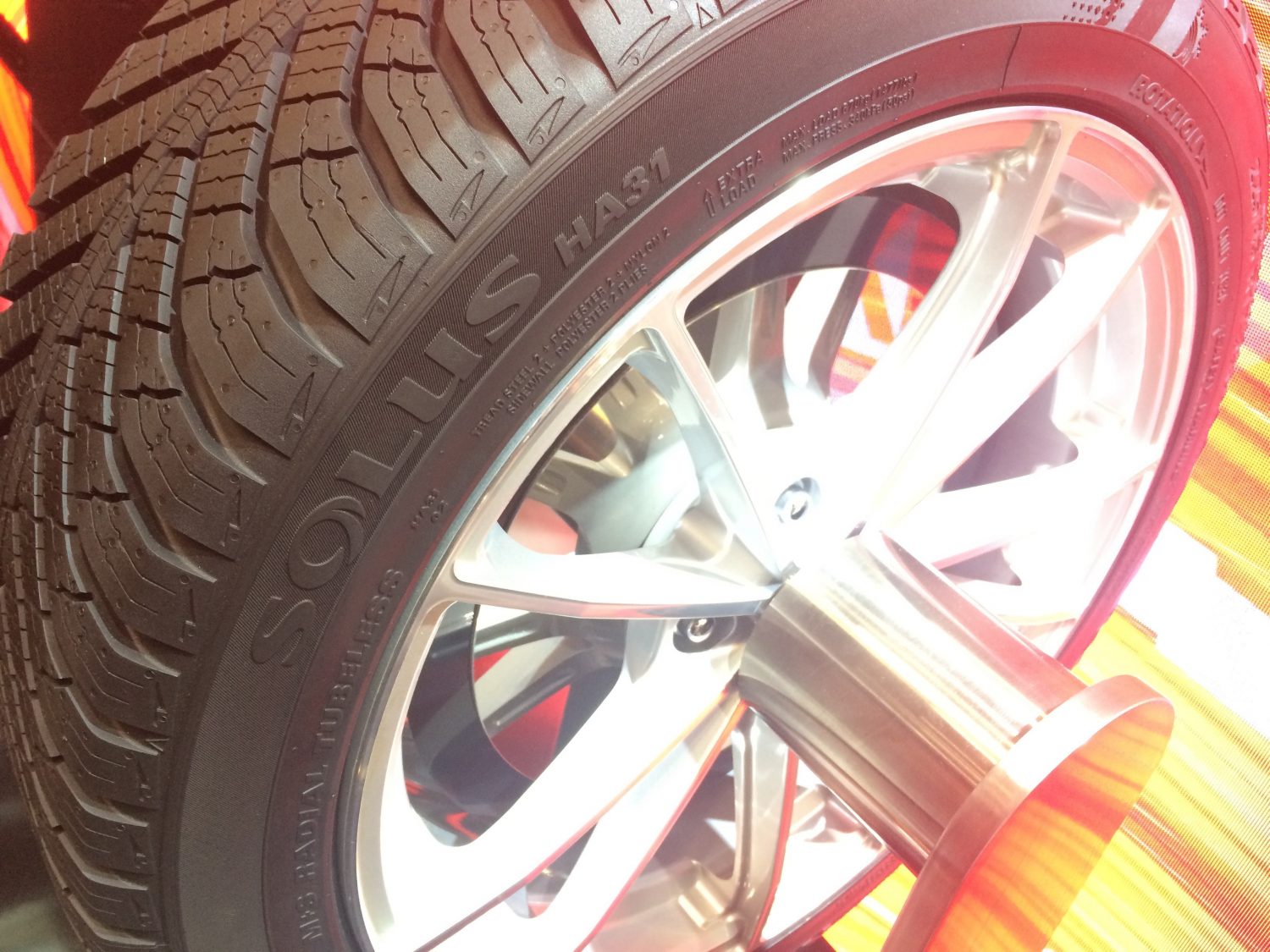 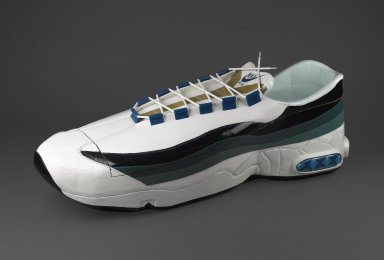