How to Use Web Scraper Chrome Extension to Extract Data

This post is about DIY web scraping tools. If you are looking for a fully customizable web scraping solution, you can add your project on CrawlBoard.
How to Use Web Scraper Chrome Extension to Extract Data
Web scraping is becoming a vital ingredient in business and marketing planning regardless of the industry. There are several ways to crawl the web for useful data depending on your requirements and budget. Did you know that your favourite web browser could also act as a great web scraping tool?
You can install the Web Scraper extension from the chrome web store to make it an easy-to-use data scraping tool. The best part is, you can stay in the comfort zone of your browser while the scraping happens. This doesn’t demand much technical skills, which makes it a good option when you need to do some quick data scraping. Let’s get started with the tutorial on how to use web scraper chrome extension to extract data.
About the Web Scraper Chrome Extension
Web Scraper is a web data extractor extension for chrome browsers made exclusively for web data scraping. You can set up a plan (sitemap) on how to navigate a website and specify the data to be extracted. The scraper will traverse the website according to the setup and extract the relevant data. It lets you export the extracted data to CSV. Multiple pages can be scraped using the tool, making it even more powerful. It can even extract data from dynamic pages that use Javascript and Ajax.
What You Need
Google Chrome browser
A working internet connection
A. Installation and setup
webscraper chrome extension by using link
For web scraper chrome extension download click on “Add”
Once this is done, you are ready to start scraping any website using your chrome browser. You just need to learn how to perform the scraping, which we are about to explain.
B. The Method
After installation, open the Google Chrome developer tools by pressing F12. (You can alternatively right-click on the screen and select inspect element). In the developer tools, you will find a new tab named ‘Web scraper’ as shown in the screenshot below.
Now let’s see how to use this on a live web page. We will use a site called for this tutorial. This site contains gif images and we will crawl these image URLs using our web scraper.
Step 1: Creating a Sitemap
Go to Open developer tools by right-clicking anywhere on the screen and then selecting inspect
Click on the web scraper tab in developer tools
Click on ‘create new sitemap’ and then select ‘create sitemap’
Give the sitemap a name and enter the URL of the site in the start URL field.
Click on ‘Create Sitemap’
To crawl multiple pages from a website, we need to understand the pagination structure of that site. You can easily do that by clicking the ‘Next’ button a few times from the homepage. Doing this on revealed that the pages are structured as, and so on. To switch to a different page, you only have to change the number at the end of this URL. Now, we need the scraper to do this automatically.
To do this, create a new sitemap with the start URL as 001-125]. The scraper will now open the URL repeatedly while incrementing the final value each time. This means the scraper will open pages starting from 1 to 125 and crawl the elements that we require from each page.
Step 2: Scraping Elements
Every time the scraper opens a page from the site, we need to extract some elements. In this case, it’s the gif image URLs. First, you have to find the CSS selector matching the images. You can find the CSS selector by looking at the source file of the web page (CTRL+U). An easier way is to use the selector tool to click and select any element on the screen. Click on the Sitemap that you just created, click on ‘Add new selector’. In the selector id field, give the selector a name. In the type field, you can select the type of data that you want to be extracted. Click on the select button and select any element on the web page that you want to be extracted. When you are done selecting, click on ‘Done selecting’. It’s easy as clicking on an icon with the mouse. You can check the ‘multiple’ checkbox to indicate that the element you want can be present multiple times on the page and that you want each instance of it to be scrapped.
Now you can save the selector if everything looks good. To start the scraping process, just click on the sitemap tab and select ‘Scrape’. A new window will pop up which will visit each page in the loop and crawl the required data. If you want to stop the data scraping process in between, just close this window and you will have the data that was extracted till then.
Once you stop scraping, go to the sitemap tab to browse the extracted data or export it to a CSV file. The only downside of such data extraction software is that you have to manually perform the scraping every time since it doesn’t have many automation features built-in.
If you want to crawl data on a large scale, it is better to go with a data scraping service instead of such free web scraper chrome extension data extraction tools like these. With the second part of this series, we will show you how to make a MySQL database using the extracted data. Stay tuned for that! 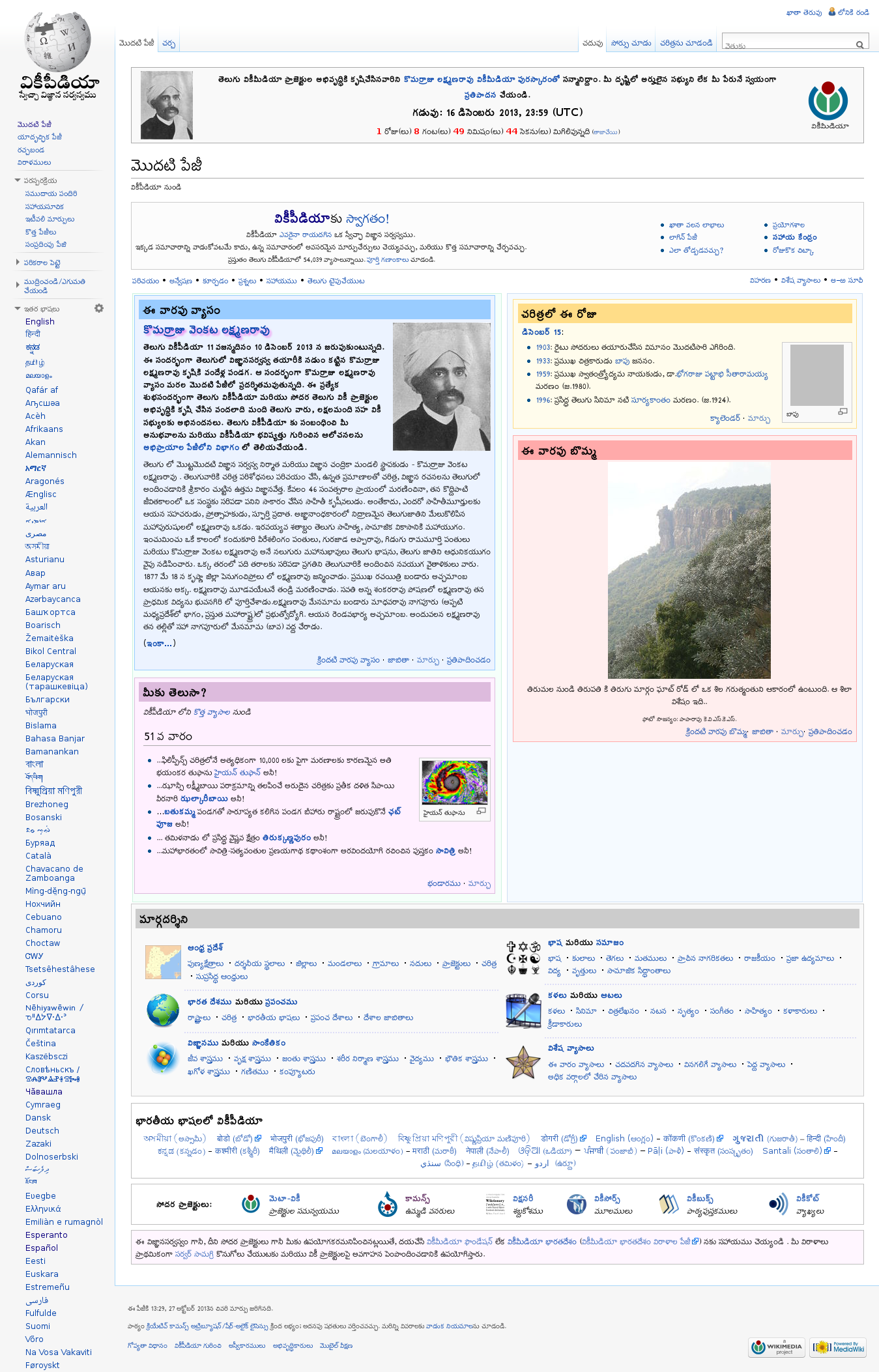 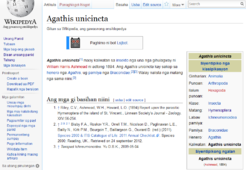 The Dangers of Data Scraping: Do You Know What’s Out There?

What is data scraping? How can it pose a threat to your enterprise and your employees? What information may exist outside your enterprise’s databases, and can hackers use that information to conduct cyberattacks?
Data scraping refers to a computer program or bot that extracts human-readable data from another program, site, or platform. In other words, data scraping creates feeds of information for easy human parsing and analysis. Moreover, data scraping extracts human data, such as email addresses, phone numbers, shopping behaviors, and more. Often, this process is conflated with web scraping, which is a subset of data scraping that acquires data from websites specifically. Other common terms include web harvesting.
In the end, this tool finds data for re-purposing for the web-scrapers’ own use. Why can this prove such a problem?
Data Scraping and Cybersecurity
Not all businesses that use these tools possess malevolent motives. Marketing companies, content creators, and UI designers often utilize these tools in their line of work. After all, the data collected via data scraping can facilitate processes such as web content creation, business intelligence, finding sales leads, conducting marketing or advertising research, and developing personalization.
So like all tools, data scraping offers both profound benefits and serious challenges. However, these programs have received a negative connotation in more recent years; this reputation is far from unfounded. As recently as this week, several social media websites suffered a data breach due to data scraping.
The problem stems from a few different challenges on both sides of the data transfer interaction. On the scraped users’ side, they often don’t know what information is being collected or that someone is aggregating their data in the first place. Meanwhile, scrapers may not configure the databases of collected information or secure them at all. The latter allows hackers of all calibers to access critical consumer and employee data.
How to Secure Against Data Scraping
First, enterprises need to take legal action against data scrapers, warning them against the process (you can include the language in your terms of service). Other security procedures include blacklisting and whitelisting IP addresses, configuring access against scraping, and preventing hot linking.
Endpoint security can offer several other tools against scraping, such as application control and data loss prevention. However, enterprises should also use data monitoring to evaluate what information could end up easily scraped. Further, it requires evaluation of third parties, including their access and their data interactions.
For those using these tools, it all comes down to securing your databases. Avoid public cloud databases, and configure the ones you do use properly. Password protect all databases, especially those containing aggregated information. Above all, it requires monitoring and security awareness.
What is at Stake?
Phishing Attacks
If hackers get their hands on the accumulated information created by web scraping, the possibilities of devastation prove limitless. For example, hackers could use this information to perfect their phishing attacks. First, phishers can learn which employees might be more susceptible to phishing attacks or who has the job titles they need to target.
Further, data scraping can open the door to spear phishing attacks; hackers can learn the names of superiors, ongoing projects, trusted third parties, etc. Essentially, everything a hacker could need to craft their message to make it plausible and provoke the correct (rash and ill-informed) response in their victims.
Password Cracking
Even if the password isn’t leaked directly, it is still enough for hackers to crack credentials and break through single factor (or in some cases multifactor) authentication protocols. Remember, your employees create passwords based on their interests, personal lives, and similar traits. All of these are available on social media and sometimes in employee biographies on your site. A savvy hacker can use this information to guess passwords, making a cyber attack all that much easier.
Of course, unscrupulous data collectors may also collect the credentials of their targets, which means hackers simply need to access the database. This could cause huge problems on its face, both to the victims and to the company itself; it could seriously harm your reputation given the negativity attached to data scraping. Needless to say, do not collect credentials or payment information.
You can learn more about defending against data scraping in our Endpoint Security Buyer’s Guide. Also, be sure to check out our Identity Management Buyer’s Guide for more on securing databases.
Author Recent Posts Ben Canner is an enterprise technology writer and analyst covering Identity Management, SIEM, Endpoint Protection, and Cybersecurity writ large. He holds a Bachelor of Arts Degree in English from Clark University in Worcester, MA. He previously worked as a corporate blogger and ghost writer. You can reach him via Twitter and LinkedIn.

How do I use Chrome to scrape a website?

How do I use Google Web Scraper?

Further, data scraping can open the door to spear phishing attacks; hackers can learn the names of superiors, ongoing projects, trusted third parties, etc. Essentially, everything a hacker could need to craft their message to make it plausible and provoke the correct (rash and ill-informed) response in their victims.Aug 24, 2020 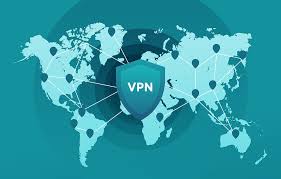