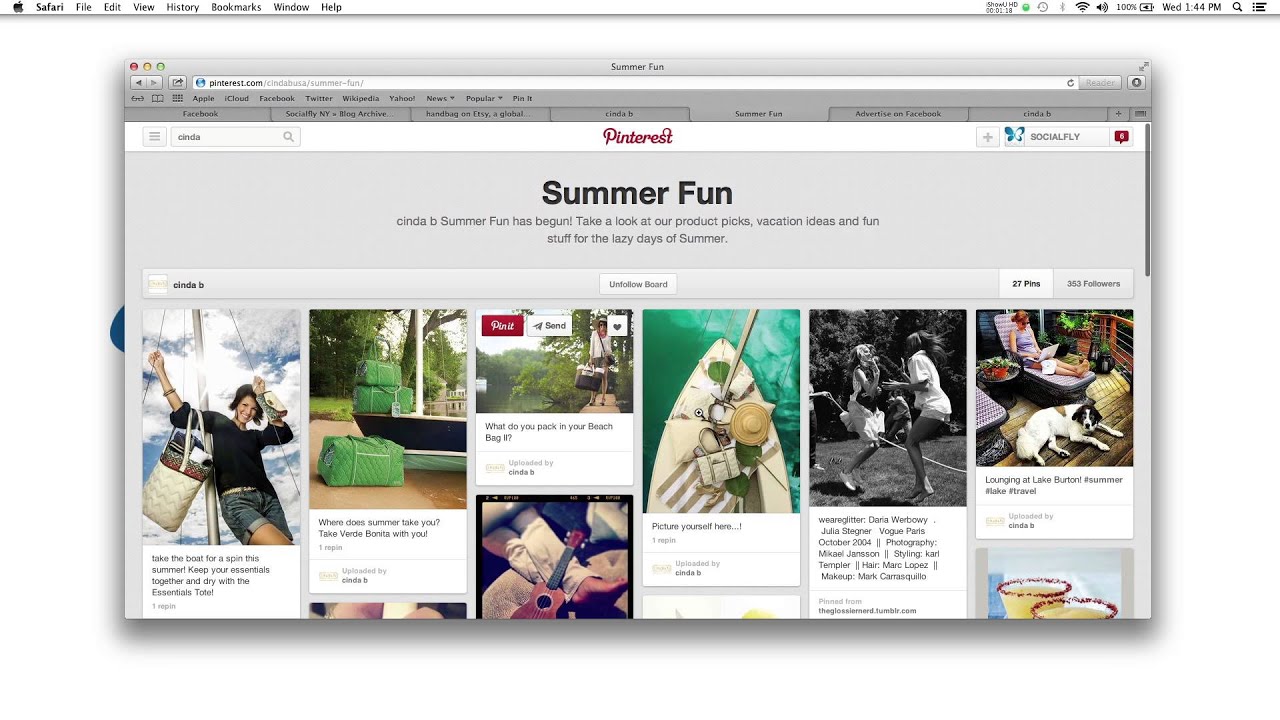 Parse Server is a great, quick way to create an app backend without requiring years of knowledge and time.
There are a few additional steps you can do to ensure that your code is the best it can be, and be assured that your Parse Server always runs as smoothly as possible, even as your Cloud Code continues to grow.
Daniel Blyth –
February
14th,
2021
The most amazing feature of Parse Server is that it’s accessible for developers of all skill levels.
Personally, I started playing around with Objective-C in 2012.
Parse was a way for me to build a complete online app, without having the in-depth knowledge of how to build networking, storage, user systems, etc.
The more I built with Parse, the more I learnt JavaScript, which has fortunately allowed me to contribute to Parse Server.
Although it might seem daunting, contributing to our great open-source project is encouraged to all developers, and in this blog post, I’m going to give you an insight as to how.
We’re glad to announce that Parse Server now has support for GraphQL. GraphQL is an open-source data query and manipulation language that helps developers build fast and stable apps. It uses types to ensure Apps only ask for what’s possible and provide clear and helpful errors.
Parse Server is now the easiest way to instantly create a GraphQL API.
Amongst the core team we recently discussed adopting a governance model to make the Parse Community more transparent, make the decision making process more clear and make it easier to contribute to the project.
Tom Fox –
March
5th,
2019
The Parse Platform has changed a lot over the past few months with the departure of one core contributor and the arrival of new contributors. We also look back at the successes of the last year and what’s in the works for the coming months.
Florent Vilmart –
August
15th,
2018
The summer has been really busy and we’ve dusted off the JS SDK, stripping out large parts of its legacy. omises and Backbone style callbacks are definitely out.
Ben Friedman –
January
1st,
We’d like to take a moment to say thank you to everyone in the community and beyond.
It’s been a great year and we couldn’t be providing all that is parse without everyone’s help.
December
6th,
2017
Version 1. 4. 0 of the Parse PHP SDK is now available for use.
This is a jump from 1. 3. 0 which now includes quite a few new features. Among them being relative time queries, aggregate queries and index management.
October
18th,
Hacktoberfest 2017 is underway!
We encourage you to take the time to sign up for Hacktoberfest and start contributing to parse-server or other open source projects on github.
You can find more details and signup here, oh and did we mention there are free t-shirts? 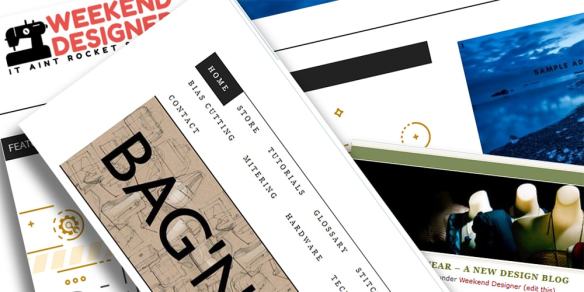 Parse, undedJune 1, 2011FounderTikhon BernstamIlya SukharKevin LackerJames YuFateDefunct, 2016HeadquartersMenlo Park, California, rentFacebook,
Parse was a mobile backend as a service platform originally developed by the provider Parse, Inc. The company was acquired by Facebook in 2013 and shut down in January 2017. [1][2] Following the announcement in 2016 of the impending shutdown, the platform was subsequently open sourced.
After the hosted service was shut down, the open source version grew into an open source community with its own blog, documentation, and community forum.
History[edit]
Parse was founded in 2011 by Tikhon Bernstam, [3] Ilya Sukhar, James Yu, and Kevin Lacker, previously at Google and Y Combinator. The firm produces back-end tools for mobile developers that help mobile developers store data in the cloud, manage identity log-ins, handle push notifications and run custom code in the cloud.
On November 9, 2011, it raised $5. 5 million in venture capital funding. [4][5] In 2012, its tools were being used by 20, 000 mobile developers and that number was growing at 40% monthly. [6] On Sept 11, 2012, it added the ability to create custom code on the back end. [7]
Fast Company named Parse one of the top 50 most innovative companies of 2013. [8]
Facebook acquired the firm for $85 million in 2013. [9][10][11][12]
In 2014, Parse was reported to power 500, 000 mobile apps. [13][14]
On 28 January 2016, Facebook Open Sourced Parse Platform[15] and announced that it will close its Parse Hosting Service, [16] with services effectively shutting down on 28 January 2017. [17][18]
Facebook opened the application source code in order to allow users to perform the migration to self-hosted Parse Server. [19] A range of vendors are able to host Parse applications, providing migration alternatives. [20]
The service operated until 30 January 2017, at which point all users needed to migrate their applications to self-hosted Parse Server or move to other platforms. [21]
References[edit]
^ Novet, Jordan. “Facebook Parse now lets you easily deploy mobile apps to Heroku”. VentureBeat. Retrieved 2015-11-14.
^ Miners, Zach. “Facebook buys Parse, gets into development tools business”.
^ Kincaid, Jason. “YC-Funded Parse: A Heroku For Mobile Apps”. Techcrunch. Retrieved 4 August 2011.
^ Kincaid, Jason. “Parse, The ‘Heroku For Mobile’, Raises $5. 5 Million Series A”. TechCrunch. Retrieved 2015-10-28.
^ Taylor, Colleen (2011-11-09). “Parse raises $5. 5M to give any mobile app a home in the cloud”. Retrieved 2015-10-28.
^ Lynley, Matt. “This Startup Could Literally Change The Way The Entire App Industry Works”. Business Insider. Retrieved 2015-11-14.
^ Grant, Rebecca. “Hey, mobile app developers, get on the Parse cloud”. Retrieved 2015-10-28.
^ McCorvey, J. J. “Most Innovative Companies 2013”. Fast Company. Archived from the original on 2015-09-26. Retrieved 2015-11-14.
^ Rusli, Evelyn. “Facebook to Buy Mobile Startup Parse in Cash-and-Stock Deal”. Wall Street Journal. Retrieved 25 April 2013.
^ Cutler, Kim-Mai. “Facebook Buys Parse To Offer Mobile Development Tools As Its First Paid B2B Service”. Techcrunch.
^ Hickey, Matt. “Facebook Buys Mobile App Platform Parse”. Forbes. Retrieved 25 April 2013.
^ Purdy, Doug. “Welcoming Parse to Facebook”. Facebook. Facebook blog.
^ Novet, Jordan. “Devs have built 500K apps on Facebook’s Parse, with Asia seeing 90% growth in first half of 2014”. Retrieved 2015-11-14.
^ Metz, Cade. “Facebook Buys Its Way Into the Heart of the App World”. Wired. Retrieved 2015-11-14.
^ “Parse Platform”.
^ “Facebook’s Parse May Be Dead But It Continues To Live Within The FOSS Community”.
^ “Moving On”.
^ Mike Isaac and Quentin Hardy (January 28, 2016). “Facebook to Shut Down Parse, Its Platform for Mobile Developers”.
^ “Migration Guide”.
^ “Parse Alternatives”.
^ Fitz Tepper (January 30, 2017). “Facebook’s Parse developer platform is shutting down today”.
External links[edit]
Official website 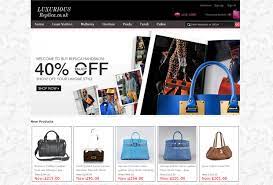 Why is Parse the future of Backend as A Service? – Back4App Blog

In 2014, Parse was reported to power 500,000 mobile apps. On 28 January 2016, Facebook Open Sourced Parse Platform and announced that it will close its Parse Hosting Service, with services effectively shutting down on 28 January 2017.

Is parse a good backend?

Parse Server Parse is used mostly as an open source system to build application backends. It is useful for the developers to speed up their application development and decreases the total amount of their struggle needed to develop an application.

What is a parse server? 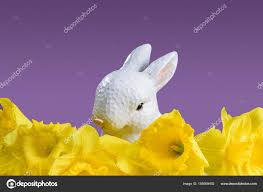