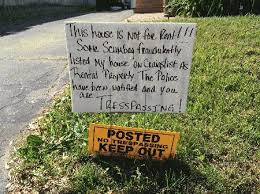 Craigslist said Friday that it is taking the site’s personals section offline.
AP
hide caption
toggle caption
You can still find furniture or a roommate on Craigslist. But ads seeking romance or sexual connections are no longer going to be available, after Craigslist took down the “personals” section Friday for its U. S. site. The company says it made the change because Congress has passed the Fight Online Sex Trafficking Act, meant to crack down on sex trafficking of children. It was approved by a landslide in the Senate earlier this week, as NPR’s Alina Selyukh has reported, but has been met with criticism by free speech advocates and sex workers. As Craigslist wrote, the law seeks “to subject websites to criminal and civil liability when third parties (users) misuse online personals unlawfully. ” “Any tool or service can be misused, ” Craigslist said. “We can’t take such risk without jeopardizing all our other services, so we are regretfully taking craigslist personals offline. Hopefully we can bring them back some day. ” The site added: “To the millions of spouses, partners and couples who met through craigslist, we wish you every happiness! ” Proponents of the measure have argued that it makes Internet sites more accountable for the content that users post that could contribute to child sex trafficking.
But as Alina reported, tech companies see this as “the first major cutback to the protections that these companies have had under the law. ” And sex workers have argued that this will make people who work in the industry less safe, pushing them onto the street or deeper into the dark Web. Trump has not yet signed the bill, which is known as FOSTA. It passed in the House by 388-25 and in the Senate by 97-2. Until 2009, Craigslist had a section of the website called “erotic services, ” where people openly advertised sex. That year it changed the name to “adult services” and promised stricter screening, after a medical student in Boston was accused of killing a woman he met through the site, NPR’s Tovia Smith noted. Craigslist eventually stopped listing ads for “adult services” in 2010, as NPR reported, though its personals section has continued until now.
The site’s popular “missed connections” section remains in place in the U. The personals section is still accessible outside the U. — users must confirm that they are 18 and understand they may see adult content. Reddit has also announced policy changes this week. It said that users could not use the site to “solicit or facilitate any transaction or gift involving certain goods and services, ” which include: “Firearms, ammunition or explosives; “Drugs, including alcohol and tobacco, or any controlled substances (except advertisements placed in accordance with our advertising policy); “Paid services involving physical sexual contact; “Stolen goods; “Personal information; “Falsified official documents or currency” The Reddit statement adds: “Reddit is not intended to be used as a marketplace and takes no responsibility for any transactions individual users might decide to undertake in spite of this. ” As the site wrote, “Always remember: you are dealing with strangers on the internet. ” Alina has dug into the legal history of how much responsibility Internet companies have for content published on their sites. Read it here. 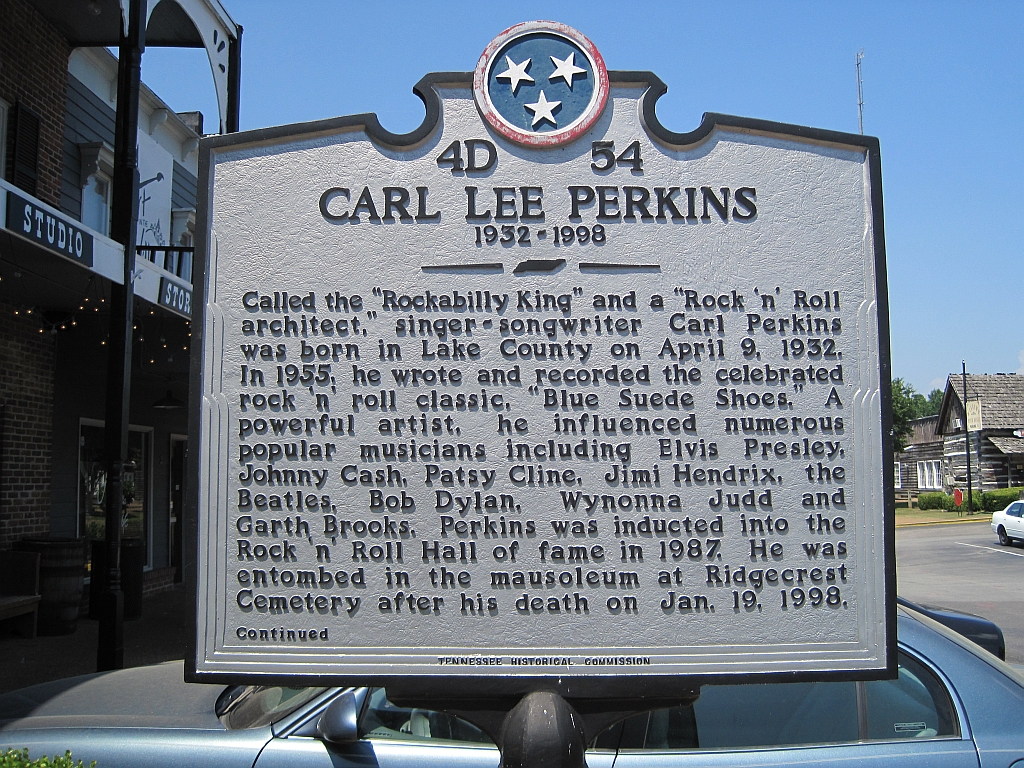 What we lost when Craigslist shut down its personals section

I placed my first ad in the Craigslist “personals” section four years ago. If memory serves me correctly, it was under the Strictly Platonic category, with the subject, “Tell me about yourself…” Posting the ad was an attempt to connect with similar-minded people over the stories and secrets that we all keep, nudging open the curtain that separates our perfectly curated external lives from our imperfect inner ’s funny: I have no memories of the night I posted that original ad, in which I asked people to share with me their deepest, darkest secrets—the stories they could tell no one else. I only remember the vague feelings that led to the whimsical decision to post, and then waking up the next day to an inbox full of replies. It’s strange to not clearly remember something that completely changed my years—and more than 300 interviews and thousands of responses—later, my full-time job has become to listen to strangers tell me about things they’ve never told anyone else. It’s completely anonymous, and it’s free. The average length of a meeting is about two hours, during which I listen, take notes, and ask the occasional question. It is an exercise in radical listening and compassion, in building a space where people can simply be themselves without fear of the judgment or stigma that often follows March, Craigslist pulled its personals section in response to a sex-trafficking bill that holds platforms liable if they are found to be facilitating sex trafficking and prostitution. The reaction was not without merit: over the years, websites like Craigslist and Backpage had become online marketplaces for illegal sexual activity. Craigslist’s decision marked the end of the 23-year-old section, where people gathered for many reasons, often benign. In its spartan design, the personals section was in many ways the predecessor to our myriad online dating platforms, facilitating casual sex, unsolicited nudes, and the occasional relationship. But for many people, myself included, it was much more than I first posted my ad, I was working for a boutique lobbying shop in Washington, DC. It was my first “real” job out of law school, but it wasn’t for things I valued about myself—my empathy, my listening skills, and my ability to connect with people on a deeper and more meaningful level were handicaps at my lobbying job. “Don’t be empathetic; get your bottom line at any cost, ” I was told. “Don’t listen—lean in, speak up, stand out. Connect, yes: go to happy hours, have your business cards ready—present yourself as successful, happy, and fulfilled. Remember names. Remember employers. Remember a detail of someone’s life that shows you were listening. Remember: how can they be useful? ”“How’s the new job? ”“Oh, I absolutely love it. ” Now smile. I felt so alienated, so disconnected from everyone else. If only we could break out of our one-track lives and and connect on something deeper: on the imperfect details, on the things that keep us up at night, on the memories that make us freeze mid-laugh. Yet I felt trapped, an indentured servant to my student loan Craigslist, I wasn’t alone. I found a community craving the same thing I did: a ’s what the ad was about. It invited people to “tell me about yourself”—but really tell me. Tell me what you can’t tell your therapist, your mom, your best friend, your coworker in the next cubicle—because you’re afraid she’ll forever see you differently now. You’re afraid you’ll bear your heart out and someone will laugh, or think you stupid and naïve, or think you misguided in your intentions. Tell me what it feels like to spend a day in your head. Tell me because it’s anonymous. Tell me because you’ll never see me again and because you have nothing to lose. Tell me because I’m with you now. I hear you. I see Craigslist, I wasn’t alone. I found a community craving the same thing I did: a connection. Something real. What Craigslist provided for us was an anonymous space where we could be ourselves with nothing to lose. In its scrambled email addresses, some of us found safety: to confess trauma, addiction, unhappiness, ennui, regret, guilt, the two years I used Craigslist, until I started hearing from people directly by email, I don’t remember receiving any solicitations or obscene photos. I found what I had hoped for: people who wanted to be, along the way, the Craigslist personals section became synonymous with seediness, with sex, drugs, and prostitution, risky situations, and illicit affairs. This reputation wasn’t always deserved. If there’s anything that the last four years have taught me it’s that there’s always more than meets the eye—that in today’s society it’s easy to stereotype, to dismiss, to typecast, to categorize and put away. If we bother to dig just beyond that façade, to listen and look a little deeper, we can almost always discover a story worth listening to—worth, thank you, Craigslist personals, for allowing us an intimate look at humanity in extremis. Thank you for the connections you facilitated, for the stories you helped tell, and for helping us listen a little longer, challenge our assumptions, and understand a little better. Thanks for allowing us our article is part of Quartz Ideas, our home for bold arguments and big thinkers.

This week the U. S. Senate passed a bill to fight online sex trafficking, which could subject websites to more criminal and civil liability for the content that third parties publish on their platforms. As a result, Craigslist decided to remove its personal-ad section, posting the following statement: “Any tool or service can be misused. We can’t take such risk without jeopardizing all our other services, so we are regretfully taking craigslist personals offline. Hopefully we can bring them back some day. To the millions of spouses, partners, and couples who met through craigslist, we wish you every happiness! ”What is a note about happy couples doing in a move made in response to a bill to fight sex trafficking? Well, this is the vast possibility and danger of Craigslist. For decades, it’s been the place where someone might find the perfect or most horrible roommate; a steal of a couch or total piece of junk; casual sex or even a spouse. One of my oldest childhood friends, for example, posted a Craigslist ad back in the mid-2000s and met her husband. Now they’re expecting their second child! As these ads go offline, we spoke to a 25-year-old man in New York who used Craigslist’s personal ads — specifically the casual encounters section — as a way of finding casual sex in his early 20s. He spoke to us on condition of anonymity, because, well, that’s what Craigslist personals were all about. It’s part of what made them successful, he dating apps that often require being linked to a social media account, on Craigslist you could be nameless and Facebook-less. “Most people didn’t even have pictures of their faces, ” our 25-year-old Craigslister says. “I didn’t know what they looked like until I met them. ”And sometimes he didn’t even get to see what they looked like:He estimates that he would answer hundreds of ads, which might net about 10 replies, which might then lead to one in-person interaction. That’s a LOT of email. But the encounters were memorable. “Usually the person I would meet would be someone unattractive or would have weird tendencies, ” he says. In one encounter, a woman insisted on having porn blasting the entire time. Another made him put on a blindfold the moment he arrived. “She was going to have sex with me, but I wasn’t allowed to touch her, ” he ’s not happy with Craigslist’s decision, even though he’s not using the platform anymore. (He has a girlfriend now. ) “There’s a lot of ads on there, for sure. But there’s a lot of people out there just looking for casual sex and some people find dating apps intimidating. ”He acknowledges that dating apps have lost a lot of the stigma they used to carry four or five years ago. But the public nature of dating apps — friends and friends of friends can see your profile — can make it harder to be forthcoming about just wanting sex, if that’s what you’re worry that saying “just here for a hookup, ” on an app “makes them look like they’re slutty or whatever, ” he says, “so people use Craigslist. ” 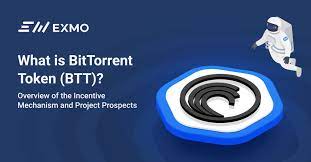